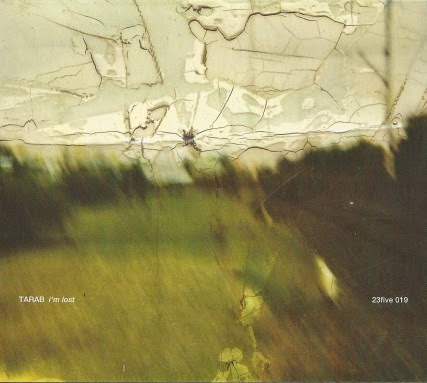 Well if Eamon Sprod is lost in this album, what hope is there for the rest of us as we try to follow him about on this set of field recordings all chopped up, fragmented, distorted and amped up to an extreme? – but no matter how far the soundscapes take us, we somehow find our own points of reference in recognisable sounds. The album’s seemingly modest and low-key title turns out to be deliberately layered: “I’m Lost” could be interpreted in a narrow physical sense but it could also be read in other ways. There is the loss you feel when you lose loved ones or your relationships break up either intentionally or through neglect or simply because the other people have moved on. There’s the loss you feel when your youth becomes a distant memory and familiar objects, cultural and technological items associated with your generation and knowledge are superseded by other cultural ephemera and become obsolete. There is loss on a greater scale as well: buildings are demolished to make way for new ones, industries change and certain kinds of work become redundant, valuable history and advice are forgotten, countryside is submerged under cables and concrete, and the world is soon brought to the brink of another global war by yet another lot of incompetent politicians and their unseen puppet-masters. (Well at least one thing doesn’t change!) Through this work of five meditative pieces, Tarab demonstrates that the concept of loss contains within itself an openness and potential for creativity and inventiveness as new associations, directions and goals are free to form and connect.

The album is at once quiet and noisy as scraps of unrelated field recordings of industry, the natural world, domestic life and urban environments are pashed together with no thought for how they blend (or not) together. Of course the more you listen to this recording, the more your ears and brain start to accept the unusual and random juxtapositions for what they are, and structures and links arise spontaneously in the music that are unique to it and to your ears. Other listeners will make their own associations. In this way, you’ll find your own supports in the music but they’ll be unique to you as a listener.

Listeners become aware of the environments in which they live and the detritus they unthinkingly leave behind. The lost and forgotten, the things that seem innocuous at first but which have serious consequences for us later on (things like plastic rubbish left on the ground, scooped up by the wind or washed through stormwater drains into the ocean where it might choke a sea animal that swallows it), the things we try to ignore or forget but which have a habit of annoying us and demanding our attention … Tarab scoops all these up into these five expansive and highly absorbing sound dramas.

Repeated spins of the album do eventually result in your finding yourself as a unique being, free of all past associations and structures. Isn’t that a paradox, that to know and find yourself, you have to be lost?