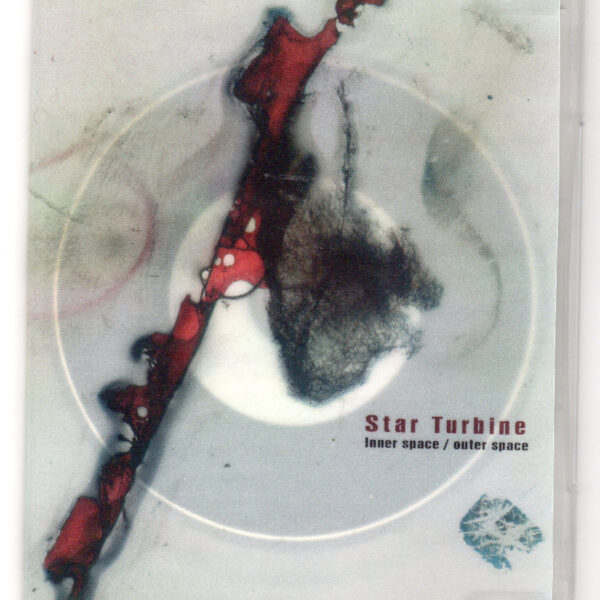 Just the other day we gave brief mention to Star Turbine, the Danish-Norwegian duo who improvise in outer space and send their work back to us by radio. They were performing on one half of a split cassette tape, but now I get a chance to hear them solo on Inner Space / Outer Space (ATTENUATION CIRCUIT ACC 1011), with two long cuts taken from their April 2012 tour of Hamburg and Denmark. Sindre Bjerga and Claus Poulsen perform with a combination of live electronics and amplified objects and have a very “hands on” approach to what they do, and the work they generate is always full of warmth, juice, fire, and multiple events…if they’re at all interested in hacking or programming, it doesn’t show up one bit; they seem to treat electricity and circuits as naturally as you or I might regard a bowl of fruit on the table, before getting stuck in to crunching a ripe apple with our snappers. I suppose part of their charm comes from their slightly “distanced” sound, which might be derived from the recording method, or the instruments they play; the label describes this accurately as “far-away music from a half-muted radio”. I also like the way they’re not concerned with making music as such, or even with starting or finishing a piece; they just start to play and then go on playing, with no discernible plan. A certain child-like joy of discovery seems to follow their every move. Lastly what I also like is the very free-form and open-ended nature of each performance; it genuinely does feel like anything could happen, and that whatever landscapes they are creating, it’s usually a nice place for us to be. As you may know I often give short shrift to music which seems to be aimlessly going nowhere, but this does not apply to Star Turbine. Quite often the use of amplified objects simply becomes an excuse for a protracted investigation of a process, which the artist does in the name of “exploring all the options” or something, but with this duo I have no sense of pointless process art at all; it’s just about making something beautiful. From 28 November 2013. 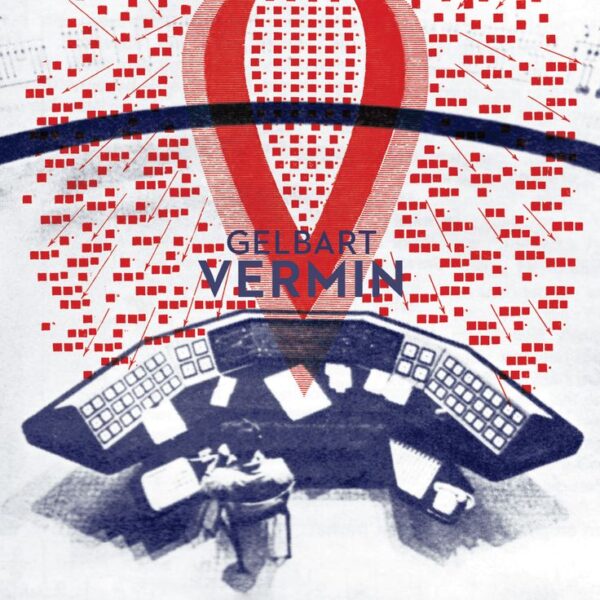 Leave it to Gagarin Records to introduce me to exciting and fun music I never heard before. Adi Gelbart, here performing simply as Gelbart, has been creating solo records for about 15 years for such labels as Defekt, Fact Records and Economic Thought. On Vermin (GR 2029), the A side is occupied by seven short and poppy instrumentals that show Adi’s effortless skill in weaving old-school synths and drum machines around his little finger, while charming snakes and juggling Indian clubs with his free hands. These delicious cuts, heavy on the keyboard melodies and notable for the snappy pace at which they dash around the block, were all performed solo with the exception of additional clarinet work by Benautik on the lovely ‘Meloda’, and display Adi Gelbart’s well-honed studio skills. It’s like the best and brightest LP of library music you never heard, albeit the label would also like us to hear parallels with progressive rock, noise, and a genre called “spiral space-punk”. As for the library music aspect, this is confirmed by the fact that Gelbart is also a film soundtrack composer, and the B-side of Vermin is the 18 minute soundtrack for the film of this name (which he also made; an excerpt can be seen online at Vimeo). Where the seven pop-tunes on Side A are all of a piece, make their colourful statement and dash off the stage again, the Vermin pieces are much more bitty and dramatic, filled with wild changes as befits the wayward editing of the experimental film. By turns threatening, exciting and mysterious, this is astonishingly wonderful music. It strives to align itself with science-fiction music soundtracks, and does comport itself with a certain “1960s” vibe for reasons that are hard to pin down – maybe just the recording quality alone accounts for it, or the choice of certain instruments and amplifiers…the combination of Vox organ and Telecaster guitars (I’m guessing) is quite inspired! It’s also stylistically very wild, somehow encompassing discordant post-Stockhausen electronic abstractions and textures, with moody subterranean organ drones and bursts of poppy jazz-inflected beat music, reminiscent of some subversive music smuggled out of pre-Republic Czechoslovakia. Of course it is all very “knowing” and post-modern, but Gelbart executes it with such flair, wit, passion and outright musical skill that you can’t help but fall in love with it. From November 2013.