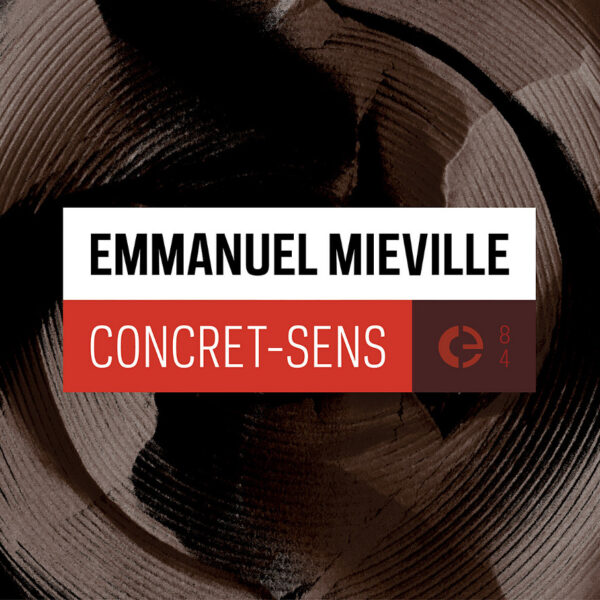 In recent years there has been a resurgence of interest in the techniques of musique concrète and electro-acoustic composition. A substantial reissue program from Editions Mego and subsequent attention from outside the fields of modern composition has brought particular attention to Groupes Researches de Musicales, Pierre Schaeffer’s influential research organization. Yet, rather than considering the GRM as an organizing principle for diverse and radical experimentation, contemporary music alluding to the GRM too often takes an ideal of its sound and output as a concrete object. Instead of a research facility interested in the nature of recording, the limits of composition and of responses to rapid technological change, it has become a demarcated sound to be replicated and an image of the future divorced from historical change or development.

Regardless of this narrowing of the studio’s work, the GRM did not cease operation after the period associated with its most famous alumni. Directed by Christian Zanesi it still conducts research, runs teaching programs and develops sound processing and representational software. As a graduate of the organization, Emmanuel Mievile forms part of a generation working through these issues of legacy and technology. Unfortunately, the press surrounding his Concret-Sens record sounds suspiciously elegiac for a lost state of musique concrète; of sharp-suited technicians tinkering with unwieldy technology and novel means of recording sound. According to the attached notes the techniques Mieville employs are defined by the framework employed by Pierre Schaeffer and the title is derived from the French adjective ‘concresence’, borrowed from previous GRM director François Bayle’s conceptual work. Similarly, the structure of each piece, electrical outlets, tape and field recordings and granular synthesis, are approaches that echo the preoccupations of those post-war modernists. Wireless transmission, blurring distinctions between recording and manipulating sound, proposing similarities between tape recording and haunting and the studio as musical instrument are all common themes echoed between Mieville and the early GRM output.

Despite this framing, Mieville’s work does possess a distinctive and progressive quality. The three pieces can be placed on a continuum of musique concrète and it is certainly grounded in an appreciation of the original terms of electro-acoustic composition; the technology and the approaches to composition it necessitated and defined. But Mieville possesses enough skill and unusual interests to mark his own contribution to the field. His aptitude with modern recording techniques and concern with acoustics responds to the question of what the GRM represents for this decade. Mieville brings a field recordists’ willingness to concede pace and structure to chance and his preference for dense, continuous tones indicates an awareness of the lessons imparted by electro-acoustic composition to contemporary drone and harsh noise. Mieville’s work is grounded in a theoretical background and that comes through in his techniques. As recognizable sounds meet abstract pulses and snatches of spoken word, notions of subjectivity and objectivity and composed and found sound are drawn out. Much like the relation of software and hardware, the sounds and their origins are sometimes clear and at others completely indistinguishable.

At times there is too little that disrupts the process and challenges the listener. But Concret-Sens is a bold attempt to play with the legacy of the GRM and test those limits against Mieville’s own interests and compositional ability.