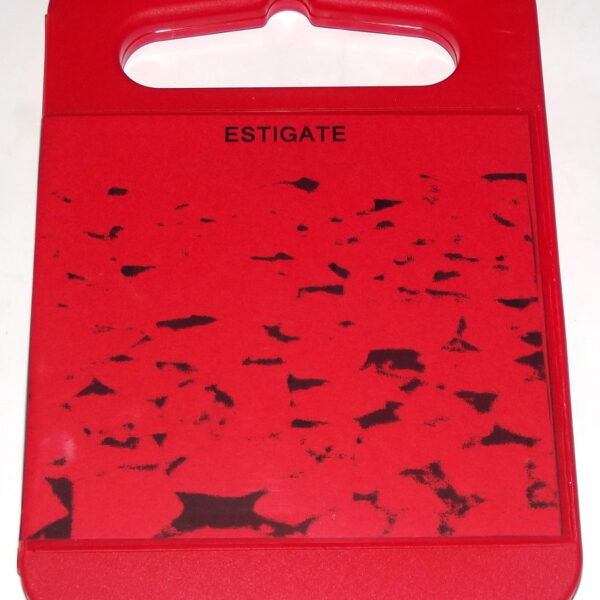 From 27 February 2014, we have the Estigate (LINEAR OBSESSIONAL RECORDINGS LOR050) album by the English improvising duo of Colin Webster and Graham Dunning, which exhibits Webster’s extended saxophone techniques and the extreme live electronics of Dunning. In Webster’s case, this means he’s joining the many woodwind and brass players who have for many years now been expanding the ranks of what I would call the “breathist” school of playing, where the sound of their own breath passing through a metal tube is privileged above all other sounds. Webster’s personal take on the “breathism” concept is that he appears to be perpetually gulping and swallowing, as if drowning in a shallow pool, and placed in a drastic situation where his life depends on him not playing a single recognisable note of music. I’m feeling the same vibe of constrained, almost constipated energy that I recall from his Antennae cassette for Gaffer Records, and there’s the same concern with emphasising the mechanical moving parts of his saxophone, almost recasting the instrument as some sort of alien machine that’s gradually taking over his body.

In that context, Mr Dunning is the perfect sideman to have in your duo, although of course his contributions amount to far more than an entire army of bassists and drummers. He plays turntables and mixing desk like a dozen other intense young men these days, but he’s got his own field recordings which he’s had pressed up as dub-plates, and teases sounds from these on his own cheap (hopefully near-broken) turntables. His personalised approach to turntabling even allows the use of pencils and dentist’s implements to act as surrogate needles on the deck. While this description of Dunning’s set-up may suggest forms of sonic violence, in fact his work on Estigate is as subdued and gentle as an afternoon stroll along the bottom of a canal. The common ground apparently shared by both musicians is their drive to produce “broken” music, and every track on Estigate stutters and buzzes along like an entire colony of wounded one-legged ants making their way home from war. Not a single phrase emerges from this duo before it is cut short, smothered, snapped in half and ripped out of any meaningful context. The listener must work hard to reconstruct any sense of continuity from this highly fragmented mosaic of sound. That broken-ness is, I like to think, reflected in the fragments of excavated shellac which have been dug up and sealed in a small forensic bag and included as an insert with this release. It’s one of the hallmarks of Richard Sanderson’s label that he makes the physical versions of his releases into desirable, or at least interesting, limited art objects.