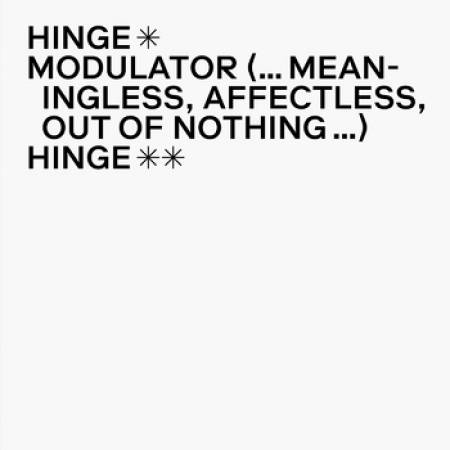 The first track “Hinge*” features a female voice and modulation – whilst this is not particularly revolutionary in terms of sound/voice work, Florian Hecker’s stereo composition is of the American vocalist Joan La Barbara speaking about relationships to nature. The voice emerges from its indecipherable beginnings, effected on one side or another using a ring modulator effect that produces a Dalek-like sound. It is interesting that the recording itself also creates this dialog between nature and technology. The piece then move towards a splitting of her voice into two separate but related monologues with an almost religious chanting on the left and right, before finally moving to a very long and monotonous text-to-speech imitation.

“Modulator (…Meaningless, affectless, out of nothing…)” has a promising and interesting first five minutes before descending into what appears to be a synth demo or testing the sounds a machine might be capable of. “Hinge**” is a similarly banal voice work as the first track with Florian Hecker employing the vocal talents of Sugata Bose & Anna Kohler. With a lack of any explanation on the CD it is important to understand the context; these pieces are created for presentation in a gallery space, where these mundane voice techniques are frequently employed by artists, the works perhaps achieve a more hypnotic, meditative or fleeting experience of the oeuvre, often prefered by the curators of art galleries. 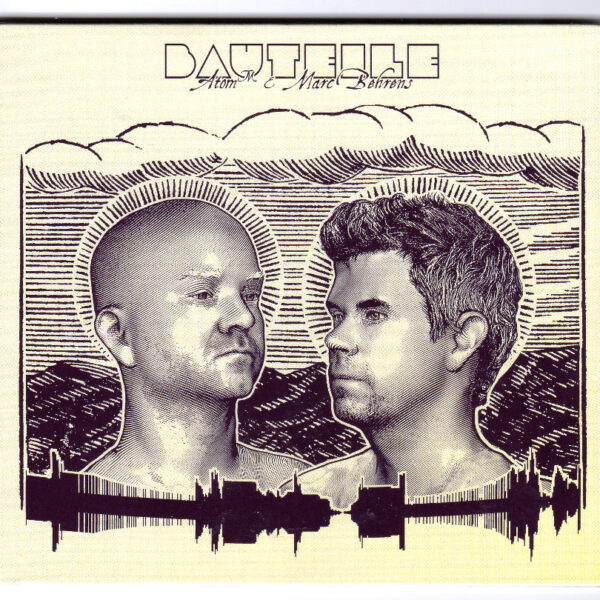 This CD is a bit of a mixed bag – moving from a late nineties early noughties kitch, glitch aesthetics through to a sort of eighties electronica and into a brief spells of field recording before moving onto some other ambient or electro-improvised musical quotation and more or less repeating this pattern in one way or another throughout the 70 minute piece. On first listening it appeared like a collaboration aimed at some sort of “audio-irony”, yet their Labels’ description makes clear it is in fact a collage of audio snippets recycled from the two musicians’ own archives of the last couple of decades, releasing their first album together in 1997. This idea in itself is perhaps interesting enough for fans to spot the references in this autobiographical assemblage, however it starts to sound like a hodgepodge of “audio-selfies”, which I shall liken to the tedium of clicking through a Facebook friend’s profile pictures, if Facebook had been around as long.