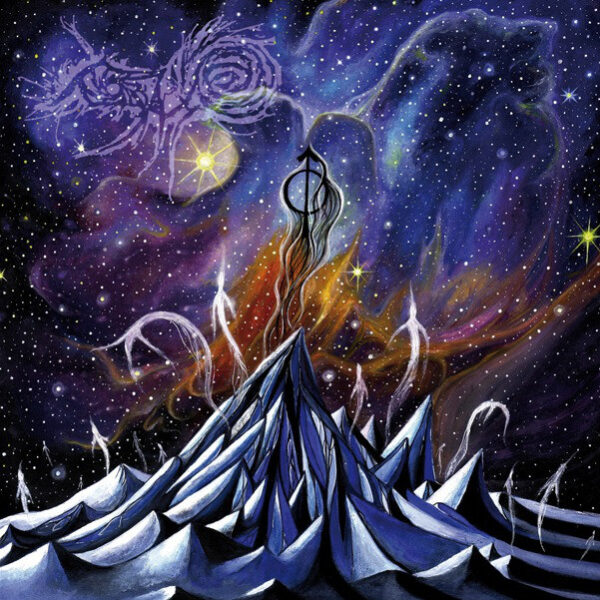 Translating into English as “the sea that now has become known”, Mare Cognitum is a one-man atmospheric post-black metal project based in Santa Ana, in California. Its musical influences seem to come from Cascadian black metal and the post-BM of other American acts like Panopticon but MC main man Jacob Buczarski’s thematic inspiration might well be bands like Darkspace who contemplate the far reaches of outer space and beyond. The rushing streams of Cascadian-style BM, by turns aggressive and melancholy yet hopeful, paired with concepts of deep space, the darkness within and the opportunity this affords for existential contemplation should be an ideal combination to tackle over several albums. “Phobos Monolith” as it turns out happens to be MC’s third full-length excursion into this realm.

MC’s style is a massive roaring behemoth and at times during this recording I marvelled that Buczarski was able to keep on top of it all, let alone control his creation enough to direct it to his ends. There seem to be endless layers of tremolo guitars all going off at once and their combined sound reaches high to the firmaments of heaven and as far as horizons reach in all directions. Drumming likewise is insanely manic for much of the album, in its first half especially. Yes, they are programmed drums but at least Buczarski has shaped the beats and rhythms, almost in the manner of a sculptor, to fit the changing moods of his guitar storms. In parts of the album, the machine beats of the percussion are even sped up to hyper-crazy levels to the point where they take form in feather-light double-helix spirals: now that’s what I call inventive! In this maelstrom, the paper-thin rasping vocals are simply another element that helps to modify the atmosphere and direction of the songs.

Well there are four songs but I would be hard pressed to identify them track by track as there’s not a great deal to distinguish one from the next. Suffice to say the album divides into two halves with a faster first half and a more contemplative and sorrowing second half. I much prefer the earlier half of the album as the faster pace keeps Buczarski busy with a musical balancing act in keeping his instruments modulated so some don’t overpower the others. Here the energy is fierce and the rhythms are vigorous and powerful. There’s still plenty of space for atmospheric cosmic effects and Buczarski’s own slavering vocals. An overwhelming sense of not just total immersion but also being pulled along by unseen monstrous forces is present.

The album’s second half tends towards bombast (especially in the track “Noumenon” which is the slowest of the four on offer) and self-indulgence (on the paradoxically named “Ephemeral Eternities”) that imagines itself soundtrack material for a Hollywood blockbuster sci-fi movie series. At this point it is not so much the music running away from Buczarski as its potential for baroque richness (and the perils that lie within that) getting the better of its creator so that he allows his creation to control him.

Yes this album is a mighty monster but like all children it needs some discipline to become truly effective when mature … some editing for length is needed in the songs, and a few quiet interludes within and between tracks to allow listeners time to reflect on what they’ve heard, catch their breath and wonder at the scale of what they’ve just experienced might have been welcome as well.