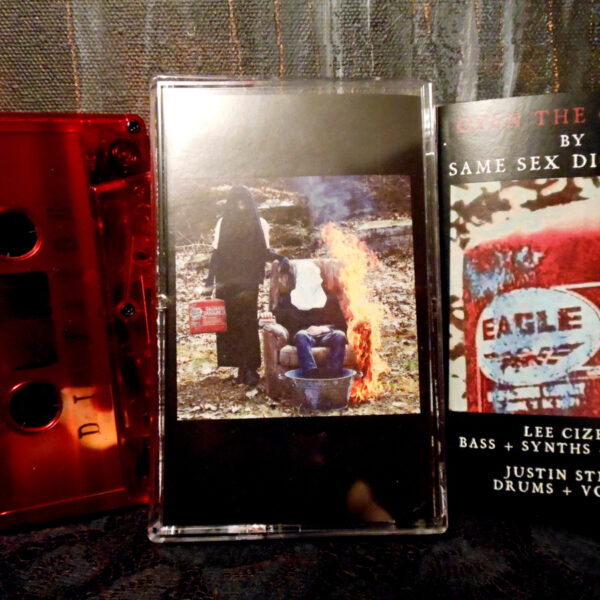 With a name like theirs, you’d expect this Seattle-based duo to specialise in some real heavy-duty hardcore sledgehammer sludge theatrics and you’d not be far wrong. The band’s second album is a dive into brain-destroying head-crush mixing blast-beat percussion (some of it at least programmed), a huge lava wall of melodic driving bass and a grinding monster juggernaut of abrasive sandpaper guitar noise. Massive though it is, that guitar noise isn’t actually coming from slabs of guitar texture layers: it’s all being performed on synthesisers. Gape all you want but be warned, the likes of SSD are part of a trend of non-guitar “metal” bands playing metal music. What the traditional metal folks think of these non-string gatecrashers wanting to play metal without going to the bother of learning fingering, strumming and working out which part of the guitar is the headstock and the body, starting from the day they’re delivered by the midwife – and heavy metal is famous for its gatekeepers who zealously police what can pass for metal and what can’t – probably doesn’t bear thinking about (much less be reproduced here in asterisks and symbols) but such non-guitar metal maniacs are here to stay: their music is no less energetic, aggressive and confrontational, and as long as they can write and play good stuff that flows well and opens up new levels of creativity and discovery, the conduit of delivery be it strings or keys should not matter.

“Open the Coffin” combines a hardcore punk style and sensibility, heavy sludge-doom bass rhythm and melody structures that form the backbone of most songs, and drumming that varies from mid-paced to speedy: the result fairly blows the listener away with surprisingly supple bass melodies that take a lead role in an ongoing relentless fury. The singing is not very remarkable and can be very ragged and haranguing. I sometimes wish SSD would let one track be completely wordless and allow the instruments to rampage freely. Lyrics deal in matters ranging from self-loathing to disgust for humanity’s inability to be anything more than short-sighted and self-centred, and metaphors and imagery from Classical Greek and Roman mythology and history pop up in several tracks. In the second half of the recording, layers of synthesiser build up epic drama. There’s much more to SSD than meets – or rather, crashes into – the ear; these guys are going to be much more than noisy hardcore sludge-doom wannabees, even if they don’t play ball … er, guitar.