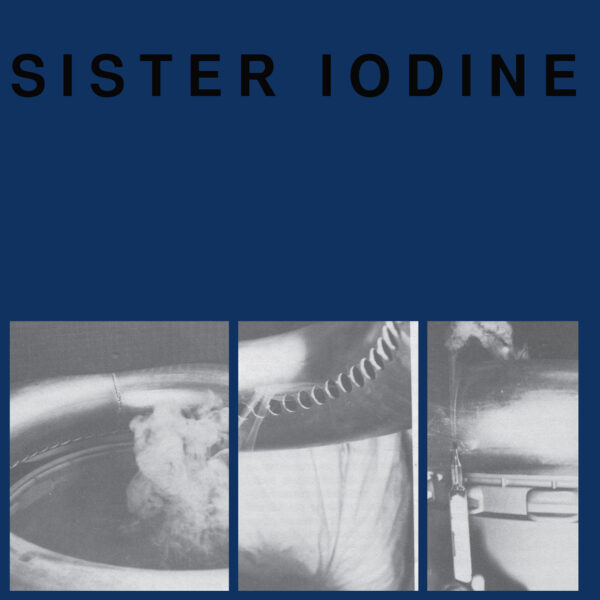 I have been waiting a long time to receive another record by Sister Iodine, the lovely French art-punk-noisester gang who scorched my booties quite memorably in 2009 with their Flame Desastre for the Editions Mego label (an item also released by Premier Sang). Seems they are something of an on-again off-again project, a fact which might reflect their volatile personalities, and they haven’t exactly been prolific since that date, with just one 2010 live album before this – the grisly, unpleasant and magnificent LP Blame (PREMIER SANG 008) which we probably received late 2013 or early 2014. It’s another angrified bruiser, and while I recall the 2009 album had a lot of jet-propulsion behind it as it careened around the post-Ballardian landscape like an eight-ton runaway juggernaut, Blame has somehow taken all of that wild energy and internalised it, using it to force implosions and collapse the enemy’s buildings from within. It’s a potent and effective strategy, resulting in yet more destruction and fire. The musicians are almost locked in neutral, feeding off hatred and frustration, spitting out vile emotion from the centre of a rotating ball of negative force. Hard to pinpoint the musical instruments (if any) amongst all the luscious distortion; last time we looked they were using synths, guitars and drums, but some vocal elements have now been added to the toxic brew. While most of their bile is spewed out in short 2-3 minute episodes of convulsive horror, there are at least three lengthier workouts where the band can truly exorcise their inner green demons, practically tearing at their own intestines with dog-like teeth, so consumed are they with contempt and self-loathing. They flail about like rabid, spastic animals. A very necessary slab of cathartic racket, to be used by the listener in therapeutic doses of psychological cleansing. Formidable!