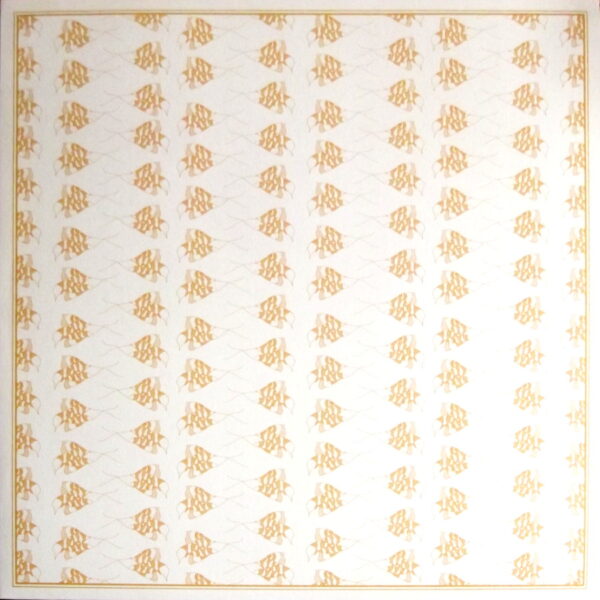 Well Of Sorrows (SKIRE MUSIC SKR02) is the latest item we’ve received from Ian Middleton, the creator who lives in a remote part of Scotland and who is also famed for his Outsider-art drawings, which used to appear in The Sound Projector in the 1990s. His ink drawings of a fish-like / bird-like shape form the basis for the cover, repeating the single image in a pattern printed in orange; and inside there’s a printed inner sleeve with a stark yet pleasing “pastoral” theme. I mention this because some Middleton releases (and also those released under his Remora alias) have perhaps tended towards over-simplification and abstraction on the design front. If there’s a trend towards something more altruistic, this may also be reflected in the beautiful music on Well Of Sorrows. Some tunes, especially ‘Lonely Highway’ and the side-long ‘Snowdrops’, are full of compressed emotions. Yet the music is focussed and clear; Middleton is not one to wallow in self-pity or exhibit unseemly sentimentality, and thus his music remains very honest and direct. The other thing to celebrate is the clarity of the sound, the crystalline purity of each note. I think this may be partly down to his use of analogue equipment. If I am right, he escapes the multiple traps of digital pre-sets with ease, and every note emerges fresh and new. But this is also due to his talent in composing, performing, and arranging, general music production skill, plus a genuine clarity of intent. Not a wasted moment on the whole album; just vitamin-enriched electronic beauty. Andrew Chalk, of Mirror fame, assisted by mixing one track and contributing additional synth and organ to it, and he also helped with the cover design. A lovely record which we completely recommend. From May 2014. Many thanks to Tom for sending this.