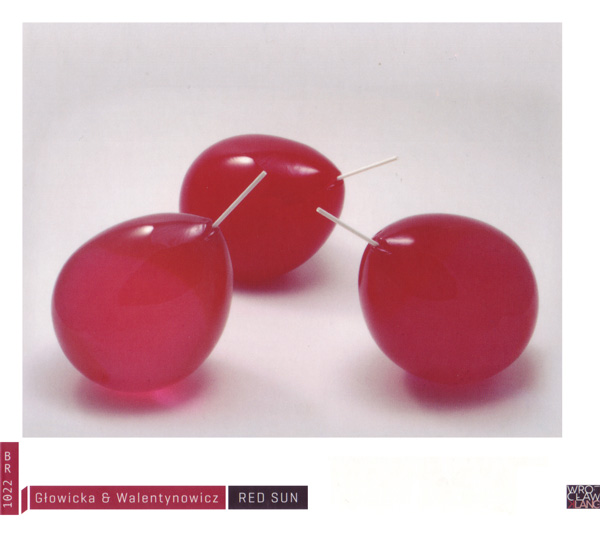 “What makes the music of Kasia Glowicka special?” asks Jan Topolski on the Bolt website. What makes anyone’s music “special”? A strange criterion to judge the relative merits of sound if you ask me, but perhaps something got lost in the translation from Polish. Topolski goes on to cite “reverbs, echoes and electronics” as part of the reasons for this “special”-ness, but if you can show me any kind of music outside of the concert hall or folk club that doesn’t employ those things in some way, I’d be very interested to know more.

Kasia Glowicka is cited as the composer of these seven pieces; Malgorzata Walentynowicz the pianist who renders them onto high-end recording device, augmented here and there by sounds and a light patina of processing emanating from Glowicka’s own hard-drive. This album is like indulging yourself in a European city break. You dive headlong into the cultural activities you might passively ignore in your own town: museums, galleries, landmarks, theatres, concert halls, all are visited zealously while you studiously refuse to acknowledge the strengths of your own location. Okay, Paris, Vienna or Bruges have far better architecture than Brighton or Bournemouth but let’s not forget that Brighton Museum hosted the first UK exhibition of Don Van Vliet’s paintings and The Russell Cotes museum in Bournemouth has a fantastic collection of Japanese ceramics and a fellow who plays the grand piano in the foyer daily. These are just examples. And then when you do get home, you start noticing all the interesting things about where you live all over again. What I’m getting at is that to me, immersing myself in Red Sun is a bit like temporarily being shown an ideal in contemporary music, and then listening with fresh ears to your other records, environment, home, washing machine and so forth.

The music in question is meditative, melodic and magisterial, and these beautiful meditations become more strident and forceful as the album progresses. Walentynowicz demonstrates a gentle touch using techniques such as faint delays, lo-fi piano recordings, re-sampling, tasteful dissonance, tone manipulation and drone generation. The first piece, ‘Sun Spot’, starts with an electronic buzz and builds on a three note piano refrain; piano pop like a stop-motion ‘Moments In Love’ by The Art of Noise. Glowicka inserts a well-judged reverse effect at the end. The following piece, ‘Transient’, begins with same electronic buzz and three note piano refrain but then develops the music with field recordings from inside a concrete bunker. ‘Favola’ continues the sonic abstraction of the core elements, this time the piano is played staccato in the high register, while horror film style reverse effects are inlaid.

The title track heralds a change in mood. The notes becoming discordant and out-of-phase, as if there were two versions of the piece running simultaneously slightly out of time with each other. One piano is close up in the mix, the other distant. Very pleasant, particularly with the aforementioned tasteful dissonance dialled back in. It occurred to me that this track, ‘Red Sun’, could sit very well in the ECM catalogue. Then follows the two longest pieces on the disc, at 14 and 17 minutes respectively. ‘Retina’ begins with the bare essentials. The technique of one piano close up again as in ‘Red Sun’, the second seemingly far away. Glowicka utilises reversed long piano notes to good effect. ‘Presence’, however, is less successful. Notionally a solo piano piece augmented by digital processing, its slow pace and unimaginative stepping-through of effects produces not the desired effect of an edgy ambience but instead abject boredom in this listener. A silence inserted around the twelve minute mark serves not to refresh the piece or aid its structural integrity, it confuses me as to why it’s there, frankly. The whole thing is just a little airless and soulless for me.

And ‘Absence’ is anything but. Almost four minutes of heavy leaning on the piano keys like a rudderless cruise ship looming toward the shoreline out of the gloom of a stormy night, with no-one at the helm to prevent the inevitable. Red Sun would have benefitted from the exclusion of these last two pieces in my opinion; I’m not saying that they don’t represent another way forward for Glowicka but the ideas within them need more development.

In an effort, perhaps, to appear all the more a polymath, in the inside booklet there is a short story written by Glowicka. This concerns a troubling and seemingly endless series of bizarre encounters with a strange local glazier. And I’ll say no more about that.