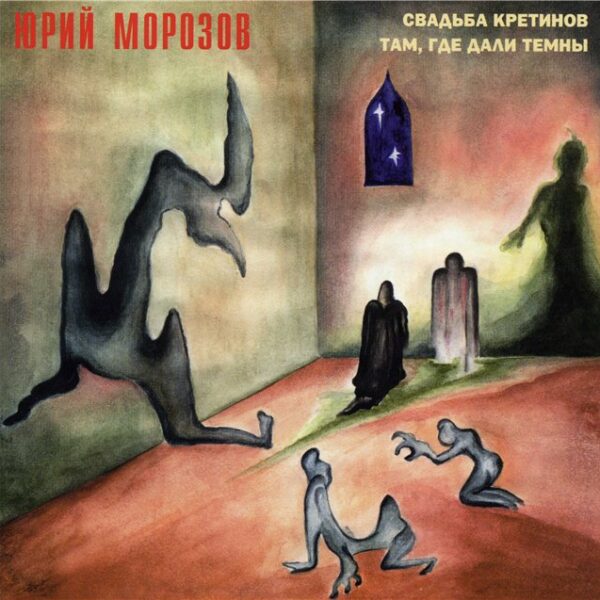 We first met Morozov last month with his electronic albums “The Inexplicable” and “Human Extinction”, both recorded in the late 1970s but never enjoying official public release in his native Soviet Union. Little did we know at the time that these two recordings were but the tip of a real (and not just proverbial) iceberg of a mass of work from 1971 right up to the time of his death (February 2006) with some, but not all, of the later albums of his last decade apparently being collections or re-recordings of earlier work. Morozov’s musical interests spanned almost the entire spectrum of pop and rock during this period but his inspirations appear to be grounded in the late 1960s psychedelic rock and folk scenes that dominated the music underground in the West. Morozov worked as both musician and studio all-rounder (sound engineering, production) in a recording studio in Leningrad (now St Petersburg) and his own home studio which he built himself, and played with several musicians and bands which later became famous in their own right in the Russian-language pop and rock music sphere.

Anyone wanting an introduction into the vast corpus of music created by Morozov should try listening to “The Wedding of Idiots” which he recorded in the mid-70s and whose cover art was designed by his wife Nina Morozova. The whole album spans the gamut of styles from arty psychedelic rock (Amon Duul II quickly comes to mind) to Slavic folk and, at the end, some ambient and melodic electronic experimentation. Certainly when you first start playing it, the work does sound much like Amon Duul II at their most surrealistic pastoral (“Konformist” and “Ne Znayu, za chto”) and then at their most madcap early 70s  “Yeti”-era psychedelic (“Kretin”); if anything, the songs sound even more like AD2 than the German band itself, which might be some compliment to Morozov – there’s playfulness galore and light-hearted experimentation that would take AD2’s collective breath away. Indeed, Morozov achieves with this album what AD2 failed to do with some of their later releases: highly catchy little pop and rock mini-classics with a bleached acid psychedelic sound and plenty of unusual cosmic noises and effects with little bombast.

The highlight of the album comes with the last track which starts off fairly conventionally with solo piano melody and high-pitched deranged singing but in its last half becomes completely unmoored and floats off into the far reaches of space with a cabaret recording and outer-space effects.

I admit I know nothing about the Russian-language rock music scene of the past 50 years or so but I can well believe this album made it into Russia’s top 50 classic rock recordings of all time because there is class all over it. Try it here at this Youtube link and judge for yourself!