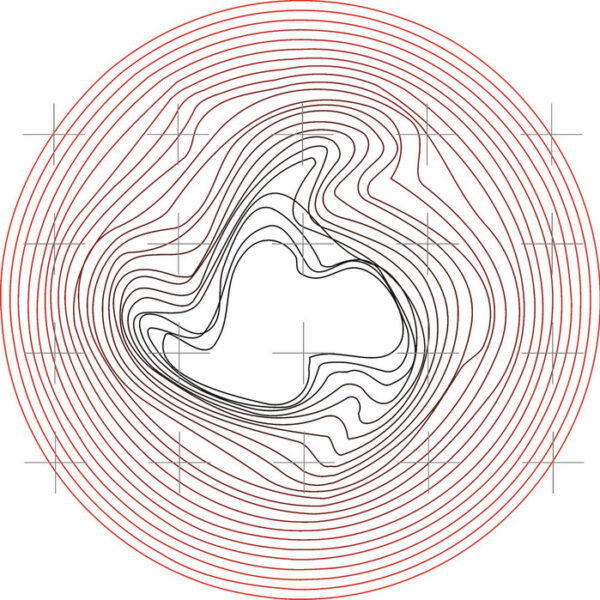 A more than intriguing document that delves into the mysterious properties of the Buchla electronic rig. Usually this fascinating yet fairly obscure keyboardless contraption (think of something like a bakelite console liberated from a fifties’ telephone exchange and you’re not that far off target…), was initially installed as fixture and fitting at the more progressive U.S. colleges; Mills out of California being one example. Like a fine wine however, its user-unfriendly size/shape didn’t exactly travel well and I should imagine even its instruction manual ran to at least a couple of volumes. Well thumbed, no doubt by Pauline Oliveros and ‘Silver Apples’-picker Morton Subotnick; two of Buchla’s more illustrious exponents.

Unfortunately, its a pretty safe bet to suggest that …Difficulty… (with all of its material squeezed out of a Buchla 200e), is probably the very last project to involve deep thinker in electro-acoustic matters/Polish section Zbigniew Karkowski who tragically died, succumbing to cancer on December 12th 2013. After rightly lauded solo outings and, at times hairy-palmed and dark of mood collaborations with Merzbow, Aube and The New Blockaders, this info light disc, with its cover art resembling an irradiated South Pole (?) has Zbigniew chumming up with the lesser-known (to yours truly anyway…) Brian O’Reilly. Who, as research would have it, is found to be an assistant to Elaine Radigue, a video artiste and college lecturer, who has also worked as the front legs of Iron Egg and a synthi duo, sounding like a British rocketry project from the early sixties; Black Zenith.

Acknowledging the collective brain heft of Luc Ferrari and Xenakis within its parameters (which you can certainly ‘get’ sooner rather than later…), …Difficulty… could at a pinch, be perceived as a Buchla demostration disc’ a “Let’s Parlez Buchla-ese”, revealed in a handful of clearly defined phrases. After the submarine-depth ambience, the spiralling, jittery waveforms, the collective whine of the dentist drill chorale and the pervasive murmur-humm of a gargantuan rust-caked electrical generator, it appears as if all the inspiration/perspiration expended has been siphoned straight into the recording process, with little or no time served in the post-production suite. In this particular case, the ‘no shadows cast in flatland’ methodology in no way works to its detriment. Letting the machines breathe and sidestepping a potential processing overload shows considerable and admirable restraint and gives this enigmatic and confounding work even more gravitas. I’m pretty sure Z.K. wouldn’t have had it any other way.