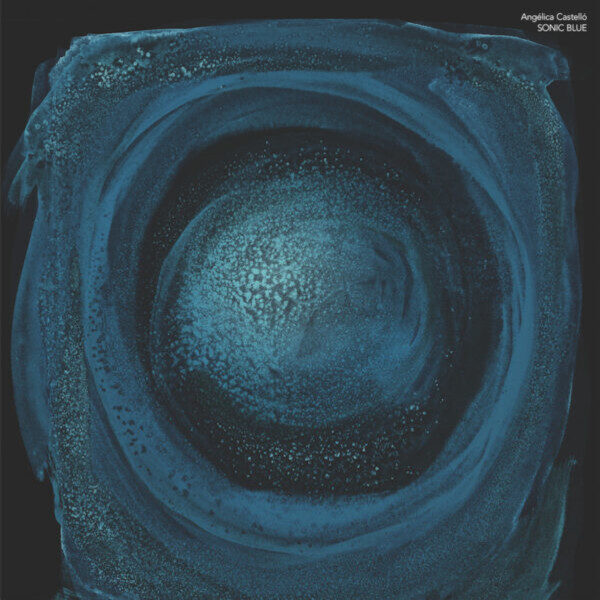 Atmosphere sculptor and would-be oceanographer Angélica Castelló wields ‘Subgreatbass Paetzold Recorder’, electronics, radios and tapes in displays of contemporaneous machine management through two sides of Sonic Blue; in the dark ambience of which – if the cover’s smear and swirl of deep azure offers guidance – she loses herself throughout her survey of the Seven Seas; painting their respective natures with a dream impressionism that Debussy would rather have forgotten. >From choppy nights of pelting wind-spray (‘Ártico’), to organ-haunted cave pool drama (‘Mediterráneo’) and beyond, there’s nary a drop unturned nor an empty vessel among these distinct, very visual images. There are points – as on the rolling, thunderous ‘Golfo’ (I think 1) – when the speakers wouldn’t mind a little more clout, but kudos to her for maintaining such an even keel from start to finish. 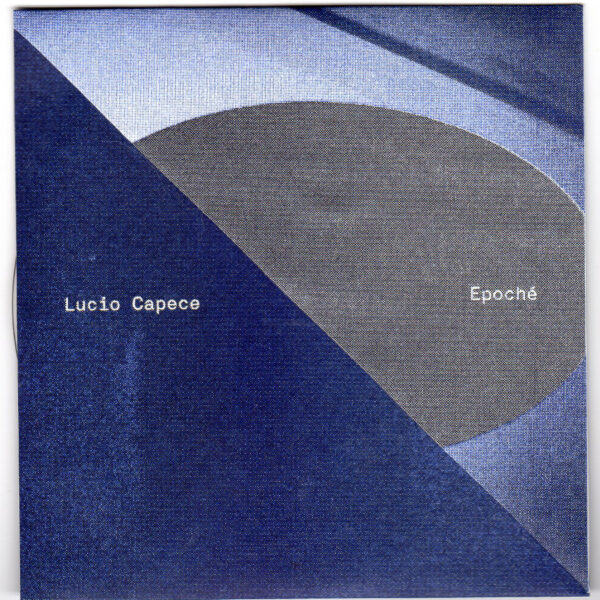 Mighty windy where Argentinian composer Lucio Capece hails from too, from the crashing high-tide that recedes to release ringing feedback and strobing oscillations through to the racing one-upmanship between slices of hissing, shrieking and whining white noise and drone that leave our eardrums feeling vulnerable in part one… ‘Either experience is nothing or it must be total’ quoth the composer from Maurice Mzerleau-Ponty’s Phenomenology of Perception; and Capece seems set on the latter, albeit by means of pushing and not punishing the listener’s perception. Given that past collaborators include Mika Vainio, Toshimaru Nakamura and Kevin Drumm, it’s hardly surprising to find that he has a similar way with sounds that have become hackneyed in others’ hands; nor that it involves manipulating volume, pitch and tone to challenge and define our spatial orientation, generally by teasing us to the threshold of comfortable endurance. Endearingly, Capece has been known to attach speakers to drifting balloons and even pendulums, which is as indicative of his curious and lively methods as I would expect after listening to this. In any event, Epoché is a fine contribution to the body of lab-coated electronic music, even if stamina will be required the longer one stays on board.

17/09/2015 Lucio Capece writes: Thanks for the review on my record Epoché you made. I have felt the need to be more explicit on my intentions on the record. I try not to over-text what I do, but after reading your review I felt it could be useful. So the text goes below. Thanks for your attention and good listening and writing.

“It is my intention in this record to take the process of Epoché as form and content of it. I Have used a wide range of sound sources in the greatest part of the record, to represent the activity around us that takes our ears and perception system attention in vast directions, generating a demanding activity. In two moments of the record I have focused in an exclusive way in psychoacoustic phenomena,using only pure sine waves. I have tried to represent and suggest in these two specific “Brackets”, the focus that we can work and develop in the Epoché. The focus on how perception phenomena happens to us. The suspension on our attention to the world’s activity in order to focus in how things invite us to be perceived and how we perceive them, is an experience that I want to offer and share in my music. I consider that we live at the moment in a society overloaded of information and that the greatest part of the music and arts works are focused on the artist’s activities and ideas, instead of in the listener’s experience. My work in terms of perception intends to go to how things start being what they are. In my specific case, in how music starts becoming music. In this specific record I have used then two of the oldest and most basic psychoacoustic technics. Not trying to use them as a mysterious or effective trick to make the music special, but just as a basic and simple example of how our attention can be taken to the wonderful possibilities that our perception system and the world around us, can offer to us.”
L.C.