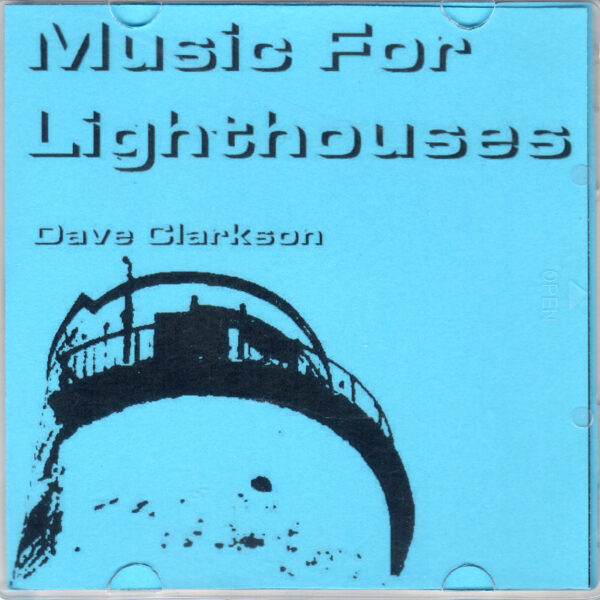 Dave Clarkson may be known to some as Illuminati, under which name he’s made a few records of experimental ambient electronic noise, some with evocative titles such as Ocean Almanac and Searching for the New Land…before that he was Central Processing Unit in the 1980s, a project about which I’ve not been able to find out much. Suffice to say he’s not one of the purist-isolationist school of ambientsters, since he lends his talent to radio, film, and media installations, and collaborations with Vini Reilly. His Music For Lighthouses (LINEAR OBSESSIONAL RECORDINGS LOR057) is intended primarily to be an evocative listen, one informed by childhood memories as much as anything else, so although some location / field recordings are used, they are largely used as triggers for buried memories, to open the gateway to exploring an inner landscape. The ‘Hibre Island’ track has plenty of lapping ocean sounds and seabird sounds, but already you can tell he’s coming at this from a different angle to one of the nature-loving scientist types who often end up being released by Gruenrekorder. That’s because he’s preceded this recording with ‘The Whistling Sands’, an extremely low-key episode of barely-there murmuring sounds that transport the listener into a dark, bleak and lonely beach, straight from the geography of the mind…’Lantern to Black Sea’ is similarly pitched somewhere between field recording and ambient music, combining gentle seashore wave sounds with unobtrusive and near-chilling moments of distilled electronica sounds, which twinkly like pointillist stars in the black night. Clarkson describes “many hours spent exploring the surrounding land and coast in the shadow of Leasowe lighthouse”, suggesting that the time devoted to such a contemplative experience is equally as important as time devoted to making the music. A beautiful item, limited CDR with insert (mine is a photo print of a lighthouse). From 3rd December 2014.