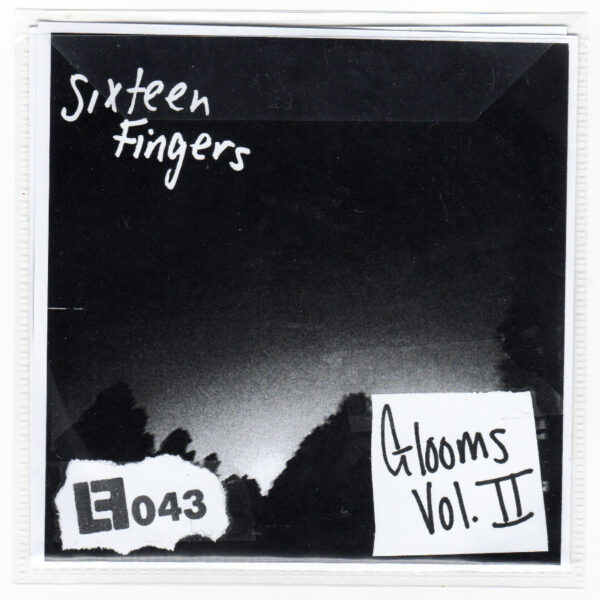 Sixteen Fingers follows up his ultra-depresso record Glooms Vol. I with Glooms Vol. II (LF RECORDS LF043), a further eight tracks of strange and alienating tones, loops and broken synth utterances. As ever, what we enjoy is his very direct and simple approach, using just two or three elements for each piece and exploring the possibilities provided in his usual eccentric manner. This time around he’s not afraid to experiment with new moods and new ideas, using voice samples and drum machines alongside his distorted and wonky synth devices, producing a wide range of exciting results…where track two could almost be mistaken for a slice of avant-techno from a dank underground 3AM illegal dance club (or at least a nightmarish and hung-over memory of such an experience), track four dares to play around with a simple child-like melody, and thus inadvertently stumbles into Ghost Box territory as it tries to remake an imagined BBC childrens’ TV theme in pallid, Gothic shades. There’s also the sheer noisy horror of track five, a dark and gloomy delirium that we can’t wake up from, and the depressing squalor of track three with its miserable synth groans weaving odd pathways around an inaudible, distorted speaking voice bringing the latest bad news from across the globe. Patchy, uneven, but this release contains many memorable and unique moments. From 12 March 2015.