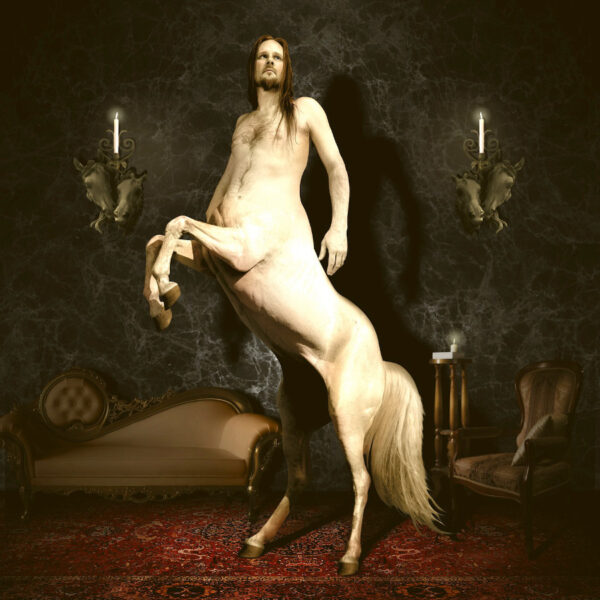 I have mostly lost touch with the drum n bass scene since my short-term and partial immersion in it during the early 90s. A participant almost by default as the “scene”, by way of London/Brighton clubnights and South London drum and bass and jungle pirate radio stations, was pretty much inescapable as the first waves hit. Moving Shadow, Good Looking Records, Metalheadz, XL, Suburban Base. Aside from attending a nu-DnB rave night at Brighton’s Concorde 2 by complete accident around 2001, I have been divorced from the phenomenon, not because I didn’t enjoy the music, more because I didn’t have the stamina required. Despite my ignorance of current developments, then; I am pleased that the genre has continued, developed and thrived in the ensuing years. An established player in the current scene is Winnipeg’s Aaron Funk aka Venetian Snares, Snares man!, V Snares, Bee Snares, Snares, Last Step, Poemss, and Speed Dealer Moms. As well as fantastic aliases, Venetian Snares’s music brings joy to this old man’s heart. My Love Is A Bulldozer reminds me of the joy I felt the first time I was shown how to draw drum rolls in Cubase on an Atari ST during downtime in a Brighton studio called Network Sound in 1997. Arcane knowledge I went on to make little or no meaningful use of in the following years.

There’s a lot on online troll-talk about the quality of Funk’s vocals but, as the enlightened have already pointed out, the fact that they “suck” (to use the parlance of our times) is beside the point. They work. Particularly 1000 Years’ plaintive romanticism. You can point the finger at endless examples of people who aren’t great singers: John Lydon, Mark E Smith, Steven Malkmous, Felix Buxton from Basement Jaxx, both the guys from Parquet Courts, but the fact that they have limitations is what makes them sound great. It makes the work better. Plus, Funk demonstrates a dry sense of humour through his deadpan singing of lines such as “I’ve punched dragons in the head” on ‘1000 Years’.

The music on …Bulldozer is classic and familiar drum and bass and rave sounds cut up and misused as source material or fodder for Funk’s latest software. But this is not all – Funk has a love of extended introductions and here there are examples of orchestral strings (a familiar Venetian Snares trope) on ‘Deleted Poems’, ‘My Love Is A Bulldozer’ and ‘1000 Years’; synthesised hunting horns appear on ‘Amazon’, flamenco guitar on ‘8am Union Station’, and even what sounds like it could be guzeng on ‘Dear Poet’. Elsewhere, Funk programmes a robotic jazz quartet and utilises antique samples of a female jazz singer.

Additionally, the cover shows Mr Funk shirtless and photo-shopped into the form of a Centaur, presumably in homage to the honourable tradition of pop stars morphing into animals that David Bowie began with the sleeve of Diamond Dogs 1. This version I’m holding is a promo cd so I can’t say what other visual delights await the purchaser of the album proper. But if you go out dancing at the weekend avoiding all the mainstream clubs, you will probably already be familiar with parts of My Love Is A Bulldozer, and if you aren’t yet, you should be. You’ll thank me for it.