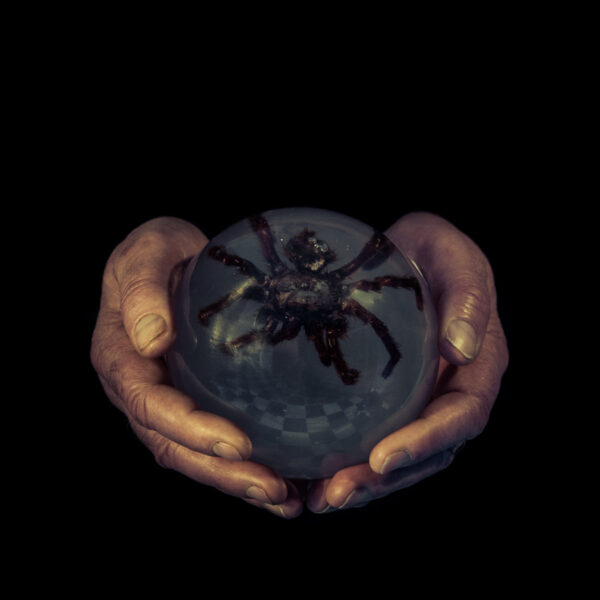 Buck Gooter are a duo from Harrisonburg Virginia producing what they call “primal industrial blues”, and the duo of Billy Brat and Terry Turtle have been in operation for ten years already, with previous self-released cassettes and LPs on Kreephaus and X-Mist Records. The Spider’s Eyes (FEEDING TUBE RECORDS FTR176 / SOPHOMORE LOUNGE SL068) comes on strong with punches and body-blows in the guitar and screeching electronic noise, but the harrowing vocals are the main event, with the singer’s pained urban howls filtered through a heavy dose of tonsillitis and triple-strength influenza. Just as Bang! Bros. (see below) offer us a uniquely American remake of Techno-Glitch, Buck Gooter are busy reinventing 1980s Industrial music in their own spidery image. This is a genre which can sometimes attract political exiles of a crypto-fascist persuasion, but you’re on safe turf with the Gooter duo – they’re firmly in the Marxist camp. Extreme and disaffected Marxists, that is, tending to see all of modern life as a concerted effort by The Enemy to drain our natural energies. Their lyrics have an insect / arachnid fixation – spiders, ants and hornets are plentiful in this painful world (needless to remark that “ants” are used as a metaphor for human society), but so are other unsettling agencies which remain unseen but omniscient, and powerful. Whatever evil is abroad in the world, it’s causing our two friends no end of physical pain, isolation, alienation, and exhaustion. While a lot of this is sub-Michael Gira territory – a zone which, some might say, has already been well mapped and colonised by others – Buck Gooter do bring a distinctive black perfume to the equation, and their brand of noise is a good one. Mostly done with guitars and theremins producing unpleasant, acidic tones, propelled by remorseless doom-beats. Henry Rollins wrote the press notes, and brings in a lot of gladiatorial combat metaphors to convey the energy of this grim music. The label have followed up this release with a compilation celebrating the tenth anniversary of this band. 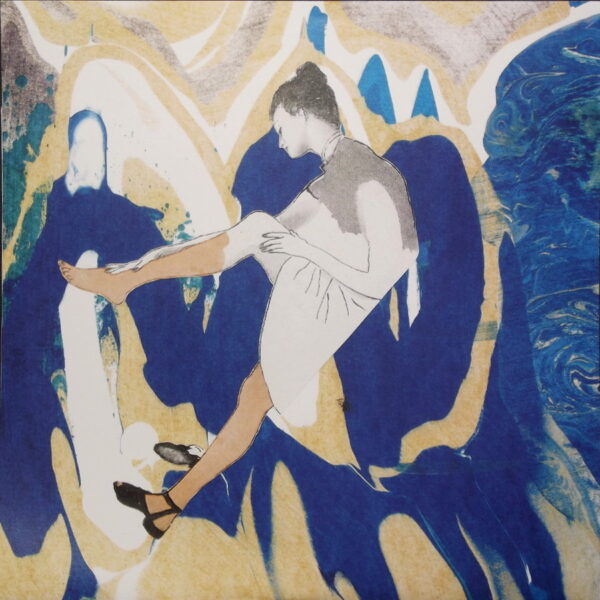 Curse Purse are a trio of American players – Olivia Kennett, Ted Lee, and Matt Robidoux, and they recorded their one-sided Curse Purse (FTR 185) at Westhampton in Massachusetts. Guitars, vocals, drums and synths are alloyed together in a nightmarish, swirling mix of incoherent gabble, out of which chaos the patterns of a song push their way to the surface. Even through all these distorting and distancing techniques, emotions and meanings still manage to make themselves felt, if not actually understood. An intensely scrambled deconstruction of post-post-post indie rock music, which I can recommend to fans of Sebadoh or (more recently) Hospitals. Vocalist and synth player Olivia Kennett, more often known as Miss Olivia Kennett, has recorded with Egg, Eggs, and is a visual artist / painter too. Ted Lee is the owner of Feeding Tube Records, and has also been associated with Egg, Eggs, Zebu!, and Sunburned Hand of The Man. Matt Robidoux has recorded solo as Banjo Assault, and is also a member of Graph and Speedy Ortiz. 100 copies only of this brief hymn to the delights of non-communication. 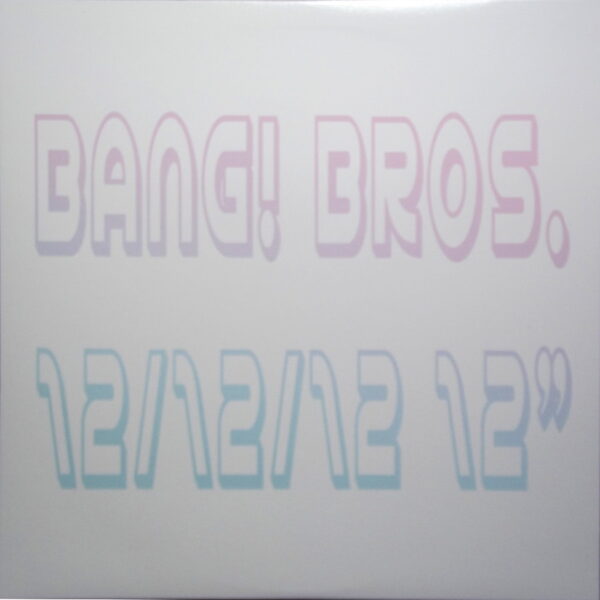 The 12-incher by Bang! Bros., titled in a rather jocular way 12/12/12 12” (FEEDING TUBE RECORDS FTR170 / 100% BREAKFAST! 100BR042), failed to impress me much…two American clowns fiddle about with a table-top set-up which evidently involves samples and drum machines, and produce a languid parody of experimental techno. I suppose it is refreshing to hear the American take on this “genre”, if we can call it that, since in Europe (and especially Austria and Germany) we’ve been awash with glitch-merchants and minimal bloopers every since the music press first fastened their word-processors onto the antics of labels such as Mego, Raster-Noton, and Mille Plateaux, and a lot of rather serious-minded and clinical music has been pressed up. Bang! Bros. don’t take anything seriously, least of all themselves, and the duo of Mark Johnson and Arkm Foam clearly believe in aiming for the big yocks first and foremost when they’re entertaining audiences – matter of fact this album is compiled from 12 live performances performed on a certain date when all the number 12s lined up in a row. We can even hear a smattering of applause from some of them, folded into the “mix”. What I mean by “big yocks” is that the record has a jokey, party atmosphere full of funny-voice samples and electronic fart-sounds, and the total insouciance with which it’s performed and assembled implies strongly that the day’s work consisted of opening several brewskis before turning on the knob-twiddlers. I’m all for the fratboy can-do spirit on display here, but you’ll have to work hard to persuade me that these flabby, ugly grunts amount to some form of experimental noise.