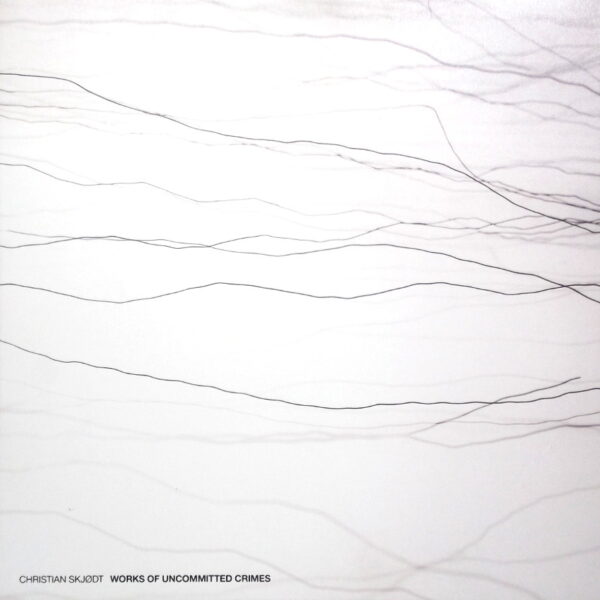 Nice piece of electro-acoustic art droning from Christian Skjødt on his Works Of Uncommitted Crimes (TONOMETER MUSIC TONOM141). He did it using an elaborate set-up comprising an autoharp, some springs, an ebow, oscillators, and his own hand-made devices; presumably there’s some resonating physical objects and metal strings in the middle of all this, which accounts for the natural chord roots that emanate through the miasma, propelled and assisted by the electrical components.

I’d like to think there’s little or no post-production going on here, and my lumpen ears can’t find much trace of artificial additives such as reverb or studio echo. Crimes is certainly a slow-mover though. You’ll need to stick at it through several long minutes of close-knit barely-changing dronery in order to reach the sweet spot, which the press notes describe as “tiny sonic details” and “landscapes of immersion”. Unlike some single-minded musicians in this area, Skjødt isn’t exclusively a one-note man, and there’s enough competing resonances in his well-crafted work to engage your interest.

The title of the work is about as elusive as the vague front cover art. I think it’s something to do with an “absence of action”, but where the “crimes” come into it is anybody’s guess. Given the slightly sinister tone of the music, any criminal could use the first side as the soundtrack to their stricken conscience, and the second more soothing side as balm to their troubled mind, as they rot in jail. As you can tell, I have an old-fashioned moralistic view of the criminal mentality. Like many today, this Danish fellow is preoccupied with “space” and the physical aspects of sound, and to this end his work is probably best experienced in one of his site-specific art installations, rather than on record. Pressed in clear vinyl, limited to 300 exemplaires. Arrived 21 November 2014.