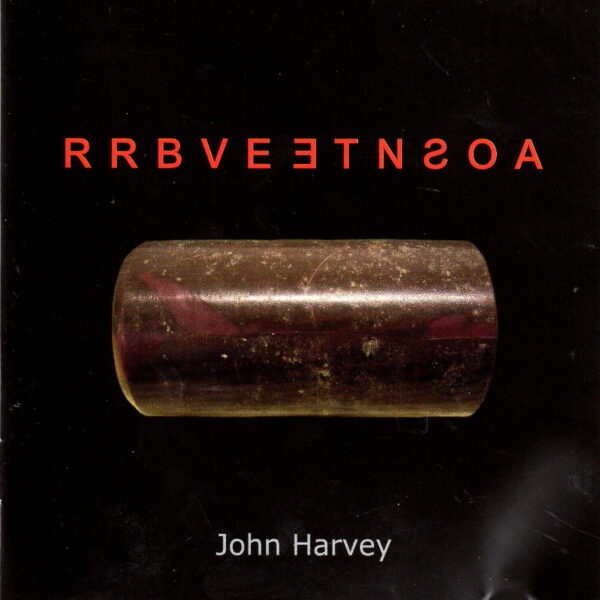 Here’s a popular trope or theme – electro-acoustic art-music derived from old wax cylinder recordings. The last time we heard something directly produced by this method was Music For Wax-Cylinders by Merzouga in 2014, where two improvising electronic types were allowed to get their stubs on thousands of rare cylinders stored at the Berlin Phonogram Archive, and produced subtle and delicate sound-art. There was also John Schott’s Shuffle Play: Elegies For The Recording Angel (from 2000), which included historic Edison cylinder recordings woven into its ambitious fabric. It’s always welcome in our line of music – everyone loves “old” recordings, the distressed surface noise, the “ghostly” hauntological vibe…78 RPM recordings are fair game too (just ask Robert Millis), but for sheer rotational groove and fragility, you can’t beat a wax cylinder.

In the case of RRBVEETNSOA (National Screen & Sound Archive of Wales / Sian Records GENCD 8002), we have a single recording made around 1904 or 1905 by Evan Roberts, an important Welsh revivalist / evangelical speaker whose enthusiastic preaching, along with the singing of a small male choir, was captured on a cylinder. John Harvey, the Professor of Art at Aberystwyth University, used this as the starting point – or I should say, one of several starting points – to compose the present work. The first piece we hear on the CD is the source recording itself. For 2 mins and 22 seconds, the stentorian voice of Evan Roberts struggles to be heard across 110 years of history. He wins that struggle. The authority and confidence with which he makes this “revival address” are astonishing; the force of his religious conviction can still be heard, and felt.

Professor Harvey faced a second challenge; the cylinder he was working with was broken into 11 pieces when it was deposited at the National Sound and Screen Archive of Wales in 2002. The archivists had it repaired and restored, using (unlikely though it might appear) the services of an American dentist. At the end of the process, the Archive had a playable object ready in time to coincide with centenary events and exhibitions celebrating Welsh revivalism. But it’s this “fragmentation” which clearly preoccupied the composer’s thoughts; even when we hear the source material, the clicks and scratches and breaks in the cylinder are audible, providing the impromptu “rhythm track” which many composers and scholars in this area appreciate, a mechanical rhythm further accentuated by the rotation of the cylinder itself in the machine, and the heavy needle scratching away. 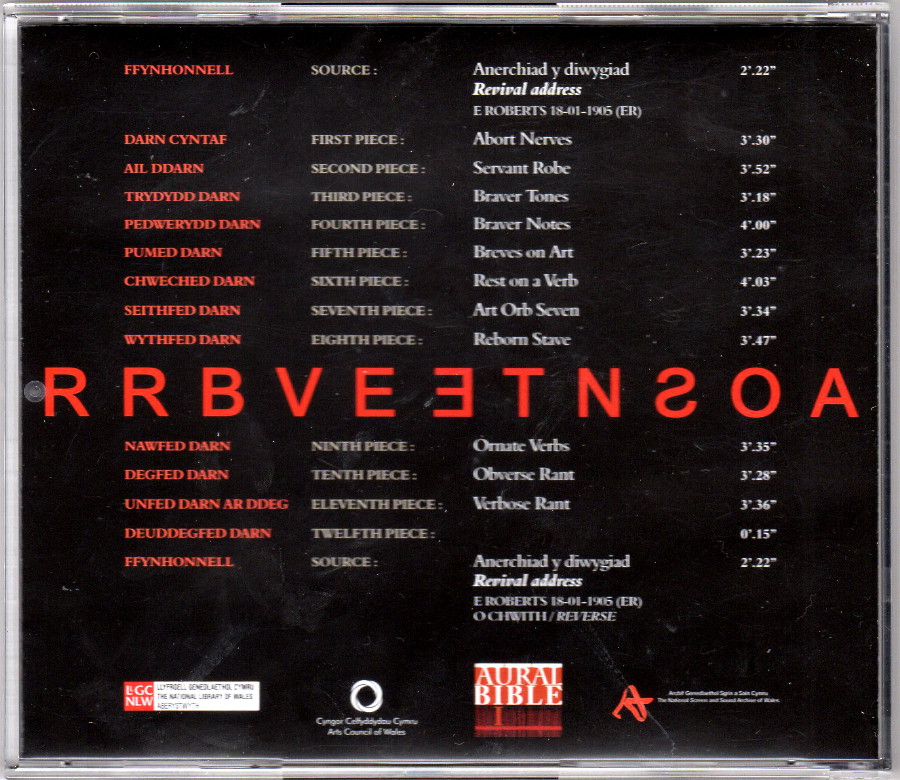 Exploring the idea of fragmentation, John Harvey proceeds to subject the source material to various re-recording and playback methods and technologies (all presumably digital in nature), producing samples, overdubs, remakes, cut-ups, and generally radical rearrangements of the potentially unpromising source. All elements are eligible for inclusion: voice, music, surface noise, artefacts. The extensive reworking processes transform them into drones, echoes, strange unearthly sounds. What does he create in these 12 episodes? Sheer beauty. He rescues and unleashes the evangelical power of Roberts the preacher…scrambling his words, but advancing the underling messages, now dark, now joyful, now full of foreboding, now promising salvation. The choir becomes, on ‘Servant Robes’, a celestial choir of angels with a virtual church organ accompaniment. Some of the reworkings exhort us to action; some are quiet and meditative, allowing space for prayer. Others, such as ‘Braver Notes’, are near-horrifying views of a bleak apocalypse spreading across the earth. Far from being an empty process exercise, the overall composition is entirely in sympathy with the devotional and religious meaning of the recording.

To call attention to the fragmentation theme and his own scrambling processes, Harvey has titled all the works using anagrams of the letters in Evan Roberts’ name. Even the title of the piece is such an anagram, and goes further to advance the theme through its use of reversed letters (which I can’t replicate here). Issued with a short booklet of explanatory notes and a full transcription of the sermon / address, this is a powerful and fascinating statement of electro-acoustic music, as well as a sympathetic reworking of a historical source. Recommended! From 20 April 2015.