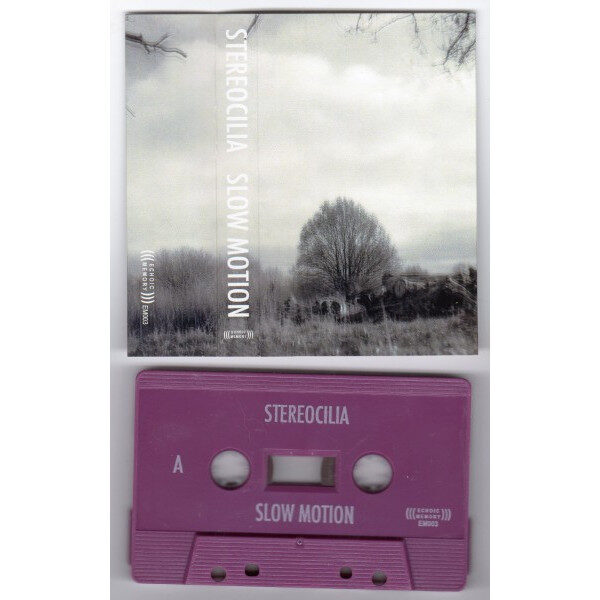 Slow Motion (EM003) is a new recording from Stereocilia, the third on the Echoic Memory label, released as a cassette. John Scott brings us three short compositions on the A-side and a lengthy studio improvisation on the flip, with Scott deploying his echo and loop devices on his moody electric guitar. The A side closely resembles ambient pieces which you might expect to find accompanying a wistful scene from an arthouse movie, and perhaps it’s no surprise that Stereocilia has composed film music before, or that he uses films as backdrops for his live performances; even the title refers to a cinematic effect. Good enough; I have the same stumbling block as I usually have with this rather wispy music, in that I find it somewhat tasteful in tone and portentous in its delivery, as though it’s continually promising an emotional catharsis which it never in fact delivers. Too much process, not enough substance; but even so there’s a craft to the way in which Scott controls his multiple shifting elements with subtlety and understatement. I can’t decide whether to recommend this to fans of Windy & Carl or Flying Saucer Attack, or to anyone expecting a Windham Hill revival. From 27 April 2015, limited to 50 copies.