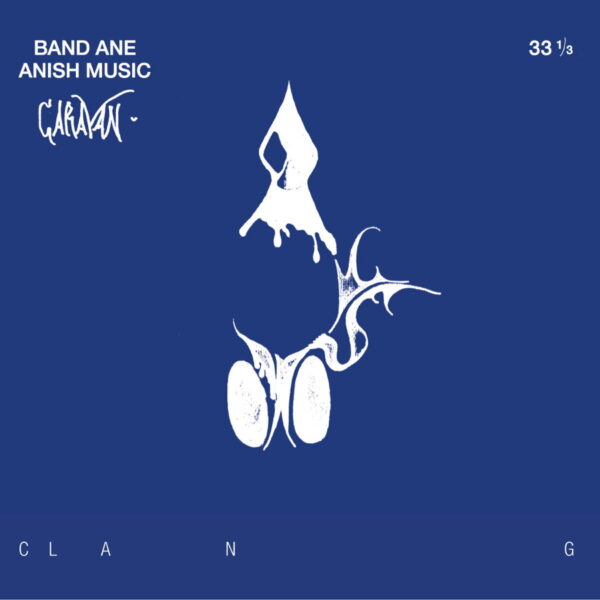 Danish player Ane Østergaard has assembled a considerable and large set of resources to create her music on Anish Music Caravan (CLANG RECORDS CLANG014), including four harmoniums, a library of magnetic tape recordings, another library of vinyls and discs, and a table covered with unlikely sound-producing junk objects. Performing as Band Ane, she layers and assembles materials into all-encompassing ambient soundscapes in her laptop, whose simplicity and uncluttered feel belies the sheer content involved, to say nothing of the large number of physical objects that were used to create each tune. I’d like to think she works in a very intuitive way to generate these free-form and open-ended compositions; there’s an underlying coherence in her drift, but it’s near-impossible to fathom the twists and turns of her creative mind. This may be connected to her choice of semi-remote pastoral lifestyle, having grown up in Northern Jutland and living in what the press calls a “hideout in the thickets of Rold Skov”; I mean she connects to natural forces better than us miserable city-dwellers. While some of this may remind you of barmy Finns like Kuupuu or Uton, I sense that Ane Østergaard is not attempting to force novelty for its own sake, and there’s a heartfelt commitment to her understated images, some of which can often be quite beautiful. Released 2nd October 2015.