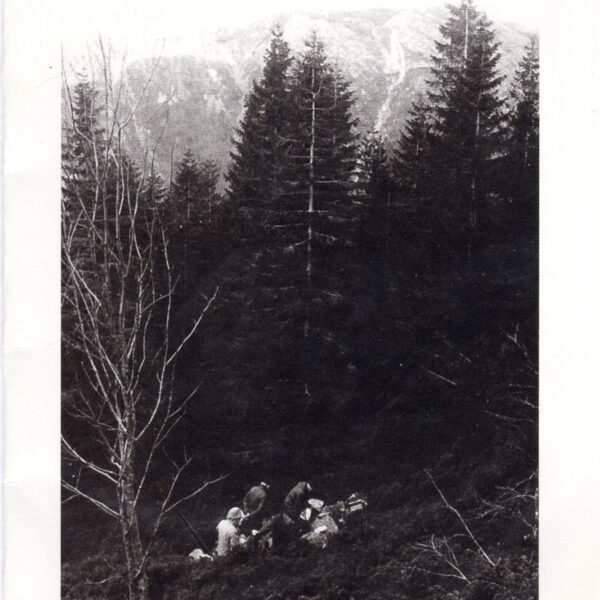 Karmiciel Wszy is a highly mysterious dark ambient act from Warsaw. We received a copy of Isdalskvinnen (ANOPLURA RECORDS 001) on 6th October 2015, part of a tiny edition of 35 CDR copies mailed out to friends and zines in a card wallet. It also exists as a C30 cassette tape on the Spanish label Craneal Fracture Records. From the “gothic” font on the back cover here, I was half-expecting some old-school Black Metal delivered with evil trebley guitars and bestial snarls, but instead Karmiciel Wszy offers sinister, cold, foggy drones with nasty chattering spiders and murmuring goblins hidden within its thick folds. There’s a list printed on the back which turns out to be the tracklisting, but I mistook it for the credit roster, wrongly assuming that Karmiciel Wszy must have been a collective of talented women with names that make them sound like lost Romantic poets from the Rhine or undiscovered Surrealists from Switzerland, such as Jenevive Lancia and Vera Schlosseneck. However, it’s more likely that Karmiciel Wszy is in fact a solo turn, and equally likely that he’s male. This vague and perplexing episode of atmospheric meandering finally ends up in the ‘Mollendal Cemetery’, perhaps reminding us of the futility of existence, while the cover photograph depicts a decidedly odd and unknown activity taking place in a forest with a mountainous backdrop.