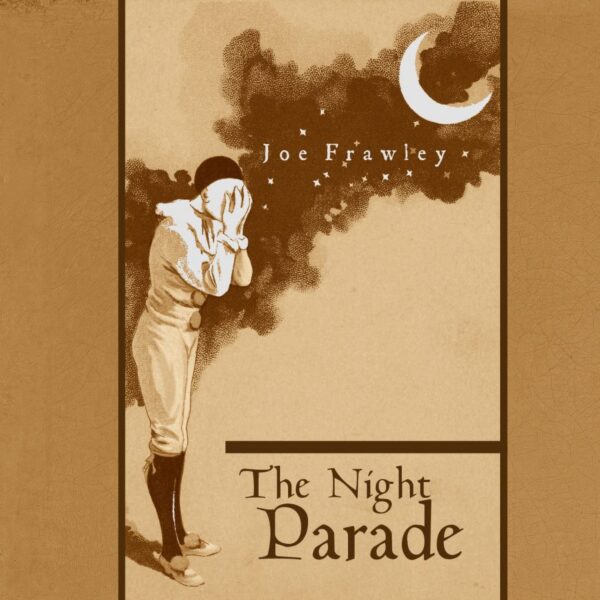 Connecticut composer and musician Joe Frawley has self-released his latest work The Night Parade (JOE FRAWLEY MUSIC JFM-CD15); a tragic Pierrot figure appears on the cover, and the 10 tunes appear to be his instrumental take on this well-known Harlequinade. It’s fairly clear Frawley has a very Romantic / Symbolist view of the Pierrot and Columbine story, a view which chimes in with a much later 19th century interpretation of the original 17th century Italian Commedia Del’Arte figure, who began life as something of a buffoon on the stage, and these lonely, moonstruck piano fugues should defrost the heart of any sensitive listener. However, the major change here is stylistic; in this case, Frawley has moved on from how he used to construct his solo records. His earlier phase was characterised by much collage, lots of sound effects, laborious processing and studio craft to produce short but intense narrative dramas, ambiguous radio plays in music and sound. Now he all but relies on the piano to carry everything, although he also did the “electronic arrangement” here, which comprises touches of low-key and unobtrusive string-synth drones, plus occasional vocal elements from collaborator Michelle Cross, plus the guitar of Greg Conte. The piano itself is beautifully recorded, too; its full plangent lustre can be yours to savour. All pieces composed or improvised by Frawley, although three pieces were derived from live improvisations with the guitarist Conte. If you like sad and wistful piano music for a lonely night of the week, you will find much to enjoy. From 17 December 2015.