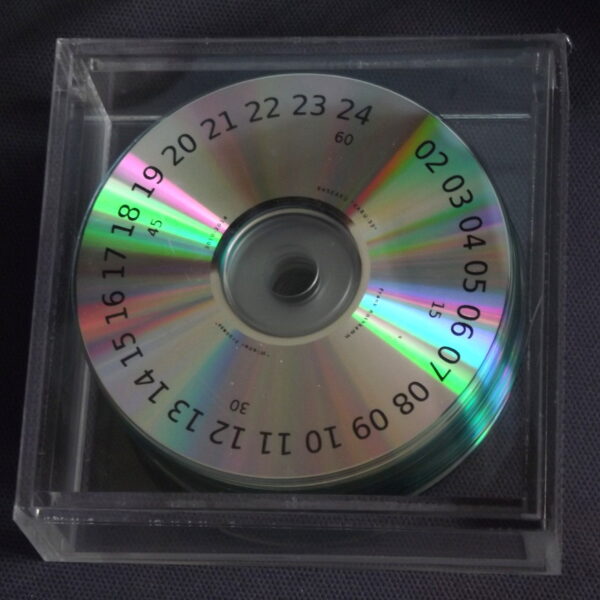 In March 2014 we noted a very good record called Sleep: An Attempt At Trying, by Arturas Bumšteinas, our favourite Lithuanian conceptual composer. One of the proposals that fell out of that work was a “radio broadcast for insomniacs” for German radio. I still think this is a great idea. I’m waiting for the BBC to provide a channel along these lines, one informed by decisions from doctors, scientists and philosophers, rather than bland marketing experts or idiotic executives, resulting in a 24-hour stream of sound that will either help us to get back to sleep or at least entertain us while we toss and turn during the dead hour of 4AM. Better yet, provide us with some subliminal sounds that can ease the troubled mind locked in that fitful zone midway between sleep and waking. At one time in my so-called career I found the workplace so stressful that I got out of bed and listened to Eliane Radigue’s Trilogie De La Mort, passing the hours before it was time for the daily commute. It was one occasion that I was convinced that music has the power to do much more than just entertain us; it can be a healing, life-saving force.

I mention this as a not directly relevant tangent to a recent release by Frank Rothkamm, the astonishing German composer and conceptualist living in California just now. When he appeared on the TSP radio show, I couldn’t keep pace with the lightning-fast connections he was making, nor understand more than one tenth of his abstruse reasoning, based on philosophies of which I am wholly ignorant. Some of this learning underpins Wiener Process (BASKARU KARU:33), a 24 CDR set which has been released in a small edition by Baskaru Records in France, but also available as a download or even a datastream. Already, format-delivery wise, Rothkamm is edging closer to the continuous BBC service I dream of, which my license fee is still not paying for.

If you want to learn about the “scientific method of psychostochastics” which is embodied by Wiener Process, I suggest you visit the label page, or Frank’s own website; the dense mix of ideas formed from an understanding of mathematics, philosophy and computer science takes me somewhat out of my depth, and I can’t do much to help relay these ideas back to you. However, I do like the idea that this collection represents a “drawn-out instant of time”; it could be that each hour-long disc has been derived from a very small particle of musical information, and stretched out in some technical manner. Or using magic. Both methods are interchangeable as far as I’m concerned. From there we reach the idea that the 24-disc set equates to a 24-hour clock of some sort, one that is in harmony with your body clock. That sounds like it could be useful. It certainly might have assisted me during my Eliane Radigue moment above.

Rothkamm also intends Wiener Process to act as a low-level background noise, a soothing environment…and while not as banal as those quasi-therapeutic New Age sleep-relaxation tapes, or those YouTube channels that allow you to listen to the rain or the ocean or a fireplace for 24 hours, it might be more or less in the same area. But it doesn’t even have to be played back very loud, and you don’t have to pay attention to it. Maybe what we need is for Wiener Process to be streamed into our houses, using Sonos or similar wireless technology that brings hifi everywhere in the home. Since we’re getting closer to the so-called “internet of things” every day, and we all look forward to the day when we can program toasters while we’re out of the house, maybe sound art like Rothkamm’s could be built into house design from the start, appearing as an optional feature in the architect’s blueprint.

As to the healing aspect, Rothkamm himself has tinnitus, an irreparable hearing disorder which is no laughing matter. I’ve met at least two musicians / sound artists that have it, and when you hear their descriptions of the affliction, you can count yourself lucky. Rothkamm was personally motivated to discover a method of blanking out the high frequencies that buzz incessantly in his head; Wiener Process is his attempt to get to this point, based on the intersection of ideas about sound, mathematics, and our perception of time. While Eliane Radigue may take us to a similar place, she does it instinctively and through the prism of old-school Romantic ideas. Rothkamm’s Wiener Process – like many of his works – is both conceived and executed with a precision of thought that’s almost clinical in its perfection. The logic extends to the elliptical manner in which the disks have been numbered. Indeed it has such strict rigour that the sound on these discs appears to be more of a natural phenomenon than a composition; there seems to be a hard core of irrefutable fact that acts as the centre of gravity.

What’s it like to listen to? It’s beautiful. Surprisingly compelling. I myself have only heard a few excerpts from my limited-edition which Frank was kind enough to send me, but every disc is different; some calming, some chilling, mostly strange and abstract in the extreme, yet rewarding in ways I can’t quite understand. If you can work out a way to put this on 24-hour repeat play, I would recommend trying it; La Monte Young’s Dream House taken to the next level. From April 2015.