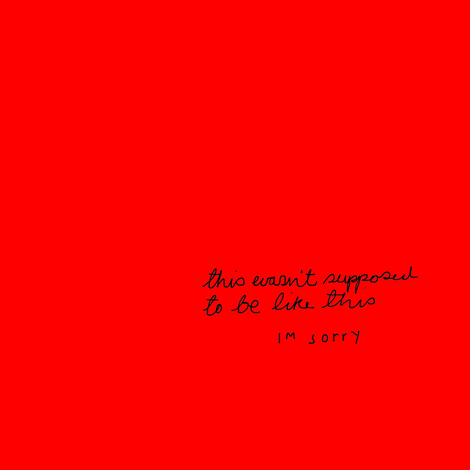 Steven Ball is one half of Storm Bugs, the experimental cassette noise band from the 1980s who have proven to be extremely influential and seminal, and he’s personally pursued interests in cinema, media and sound art since that time. For quite a while now he’s been experimenting with “found sound” sources and incorporating them into songs and performance; I saw him do it once at the Whitechapel in September 2014, and though my memory of it is already a bit hazy, I seem to recall he was reciting aloud the fragments of texts from whatever materials were played back, at random, through his headset. We in the audience couldn’t hear that source, so what emerged from Ball’s mouth was an exquisite string of chance poetry. He did it in a slightly hesitant, exploratory way, as though unsure if any of it meant anything.

That process is now feeding into song construction of some sort, and that’s what we hear on the mini CDR Life Of Barrymore (LINEAR OBSESSIONAL RECORDINGS LOR 065). There are other instances of this method Ball has sent us, but this one arrived here 1st October 2015. I should perhaps point out the “found sounds” are all derived from popular sources, in this instance broadcasts from British TV and radio. Ball uses both dialogue from fiction (e.g. episodes of Doctors or Eastenders) or documentary – if the latter term means anything in the context of today’s dumbed-down “docutainment” nonsense. Ball treats his samples of spoken word as though they were the lyrics of a song, or even the libretto for a mini-opera. A high-concept idea to be sure. I am reminded of the visual artist Tom Phillips, who in the 1980s spoke of an experiment which involved taking any picture postcard at random and assuming that it depicted a moment from a performance art piece, of which the “rules” governing its performance were unknown. The idea was to recreate those rules, and then go and perform the piece.

When Ball applies this method to the short songs here, we get odd effects such as we hear on ‘Lizzie Can You Hear Me?’ and ‘After Lucy’, where the banal soap opera dialogue acquires a mysterious depth and weight. This happens through a combination of factors: the chilling ambient music that accompanies it; the fact that it’s wrested out of context and we’re not really sure what it refers to; and the very serious manner in which Steven Ball intones the texts. These tracks, and the two before it using texts from LBC Radio and BBC Radio 4, remind me of Christopher Morris’s Jam; the combination of dark texts with ultra-slow ambient drone. There’s that same sense for the listener of being drawn into a deathly, unwelcome sleep. Morris used the pre-recorded music of others and treated it, Ball performs it all himself (played on guitar, accordion, and assembled by electro-acoustic methods) but the effect is still quasi-nightmarish. I’m starting to feel that this is how puzzled alien visitors from outer space must perceive us, as they monitor our doings through TV and radio broadcasts.

The most successful application of these techniques is reserved for the album centrepiece, and title track, ‘Life Of Barrymore’. This ten-minute mini-drama uses texts from a Jeremy Kyle Celebrity Special TV show. It’s got a fascinating dynamic; the first half appears to be Barrymore introducing himself to an audience in a shambling and apologetic way, and the music is hesitant, in sympathy with his uncertainty. The music gathers pace a little as his confidence appears to increase. Then abruptly we shift to a darker passage, where it gradually emerges that Barrymore is telling his side of the grisly story of his personal disaster and the notorious swimming pool incident. Details which we would prefer not to hear trickle out. The music freezes into a series of glacial tones, as the listener becomes increasingly aghast at the revelations. At the end, Barrymore is almost defiant, bravely attempting to assert himself against the accusations of the tabloid press, yet also standing on the cusp of cursing them all (and their readers) as if he wished to drag them down into a self-made Hell with him. Throughout, Ball delivers all the above content in the same dispassionate manner, forcing himself almost to act like a machine reading texts automatically. Yet a strange emotional power still leaks out.

Steven Ball may be asking pointed questions about celebrity and the media, or implying some critique in amongst all this, though I’m not sure if that is the point of the work. Personally I find celebrity culture banal, and shows like those of Jeremy Kyle and Matthew Wright to be extremely destructive and damaging to the national psyche. But I am being judgemental. Ball may or may not agree with me, but the process that is relevant here is how he has transformed his content into something unusual and striking, without being in any way patronising to the producers or the consumers of such content. From July 2015.