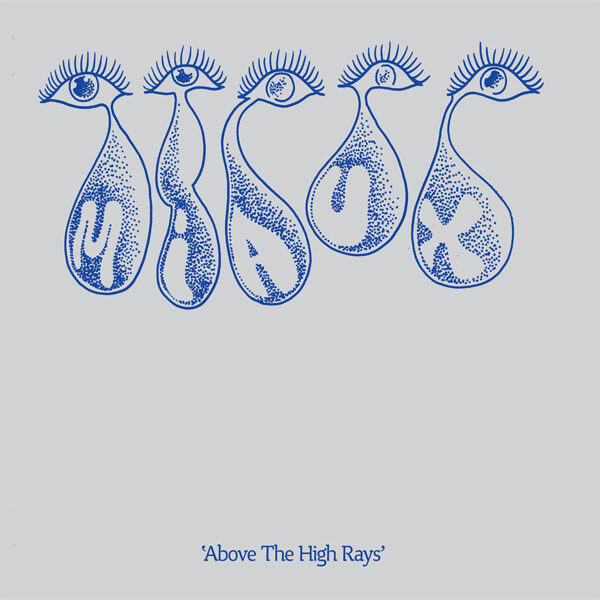 Above The High Rays (FEEDING TUBE RECORDS FTR193) by Miaux was originally released in 2015 by Dennis Tyfus’s Ultra Eczema label as a limited edition tape…Feeding Tube Records have reissued this 12-minute piece as a single-sided 12-incher with an etched image on one side. Mia Prce is a composer (born in Sarajevo, now based in Antwerp) who has released a couple of other singles for Ultra Eczema, and a short cassette EP Étude Des Têtus for Taped Sounds in Belgium. She appears to have drawn influences from her dad’s collection of Krautrock and art music LPs, and has hurdled swiftly over the lessons from her classical piano training to embrace the possibilities of digital keyboards. Yes, she knows about chord structures for sure, but she’s kind of downplaying that skill in favour of programming skills and studio effects, producing distilled and pure statements in electronic sound.

Her music here does have a certain wispy charm…understated, but not trying for the all-out “minimalism” of an Asmus Tietchens, since she’s so obviously concerned with melody and chord progressions. Above The High Rays combines fleeting emotions of loneliness and sorrow with a certain pained joy in greeting the new dawn after a rainy night, when the milky sunlit clouds seem to promise a temporary respite from your pain. For Dennis Tyfus, it’s all about the sound she makes; in one vivid image, he likens it to a battery-operated keyboard that’s running out of power. The music was used for a screening of René Clair film, and the front cover drawings by Tyfus can’t help but remind us of Man Ray’s Glass Tears. I enjoyed this one, and although it’s still a little unformed and tentative in places, Miaux shows a good deal of promise. From September 2015.