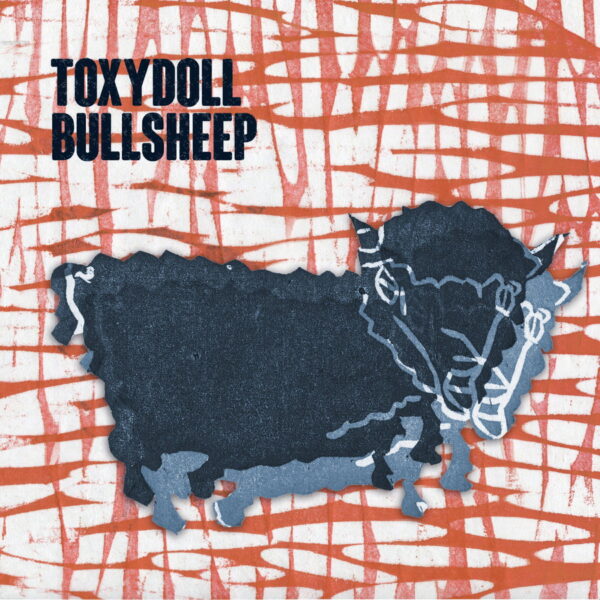 Engaging energetic jazz-rock thing from Toxydoll, a four piece of European players who find themselves in Berlin as we write…their Bullsheep (AUT RECORDS AUT022) is a studio album which displays eight instances of their craft. It’s a remarkably “busy” record and the listener may find there’s almost too much going on in each track; by the halfway mark you’re already sated with ideas and information, and there’s still four tunes to get through. Their aim is “encompassing this whole contradictory universe in each single song”. The whole universe? A laudable aim, though an increasingly difficult one in today’s over-crowded world. I’d settle for just understanding the contradictions of my corner shop.

There’s much to enjoy in the itchy, restless manner in which they attack their tunes, the strange mixtures of jazz and rock elements, the expertly-manuevered tricky time signatures, the pre-planned moments of astringent discordancy…they even manage to smuggle in snippets of raw noise from their amplified instruments. Thus they build a very layered package in their offering, one that’s sure to cause mild bewilderment from genre purists. And as if wishing to pre-empt any comparisons, one track is jokingly titled ‘Zoft Mascheen’. So far I like it a lot more than the overly-ingratiating jazzy instrumental music that is often served up from Norwegian musicians on the Hubro label. Of particular interest to me personally is the presence of drummer Olga Nosova, who never fails to wow me whenever we receive a record from Astma, the highly abrasive band she plays in with Alexei Borisov and Anton Nikkilä, although since she didn’t appear on Toxydoll’s live record from 2013, I’m not sure of her current status as a member.

Alberto Cavenati is the lead guitarist, and he made a record called Lo Spazio Ai Margini for the Swiss label Unit Records in 2014; when given a solo spot here, his approach is to spread himself all over the task like so much hot wallpaper paste, filling every crack with his very fluid noodling and choppy strums; on ‘Renato Pulled A Number’ the listener is almost pulled inside out by his remorseless exploration of an idea. He’s also good at doing the nerve-shredding “jangled strings” thing, when Toxydoll decide to pull off a brief “psychotic brooding” episode in the middle of a tune. Then there’s Vicent Domenech, the alto saxophonist, probably the most conventionally “jazz” player in the group, who is compared in the blurb to Ornette Coleman and John Zorn. He lacks the grit of either player and his lines are a tad too fluent for me, his facile and showoff speedy runs slipping past the gullet as easy as banana ice cream, but he’s not taking the old-fashioned role of the leader, so his sound doesn’t dominate any single track.

Matter of fact you could say this about all Toxydoll’s tunes…they are a democratic band…each piece is a composite of moments, sellotaped together, moving swiftly from one passage to the next and showcasing different textures and sounds as the moving train passes along; we can enjoy a melodic treat worthy of early Frank Zappa one second, then pass into a strange realm of free-playing abstract noise. Speaking of textures, the foursome is completed by Bob Meanza, who with his keyboards and live electronics contributes some of this record’s sparkiest moments…when required, he’ll give us the classic electric piano sound which has been a feature of electric jazz since Joe Zawinul and Chick Corea onwards, but he’s also got a line in nice synthesised background purrs, samples, and bass synth playing that enriches the overall proposition enormously. Those who are intrigued might want to investigate the record he made as OU (with Dias De) for this same label.

In all, a very competent and professionally performed set of semi-improvised tunes, one which indicates Toxydoll’s ambitions to become “a group with a mutable identity” are paying off. From 27 January 2016.