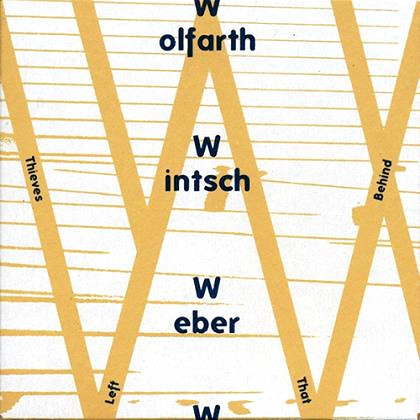 If this review was a Venn diagram, it would intersect at Swiss percussionist Christian Wolfarth, who plays on both albums, demonstrating his considerable chops in two very different settings.

First up, Thieves Left That Behind, the fourth release from WintschWeberWolfarth, the Emerson, Lake and Palmer of free-yet-kinda-funky improv workouts and kosmische spy themes. The other two members of this alliterative tripartite ensemble are Michel Wintsch on synthesizers and electric piano, and Christian Weber on bass.

Proceedings kick off with ‘Schgreen’, which rides in on peripheral tick-tocking beats, bouncing bass and lovely thick daubs of static and shimmering sound, which coalesce and kick up a gear before drifting apart again. It’s quite an opener. From there on in, we’re in an elastic, shapeshifting world, with bass and drums alternately anchoring and embellishing the music. It’s dynamic and exciting and everything you could want from an improv record, really. Top marks as well for coming up with the single most inarguable song title ever – ‘A Thing Is A Thing’.

The overall impression I get listening to this is one of restraint – the same sort of restraint that a grizzly bear would demonstrate if you poked it with a stick and it didn’t rip your head off. In other words, enormous and potentially devastating power deliberately held in reserve, which is a powerful thing in itself, of course. 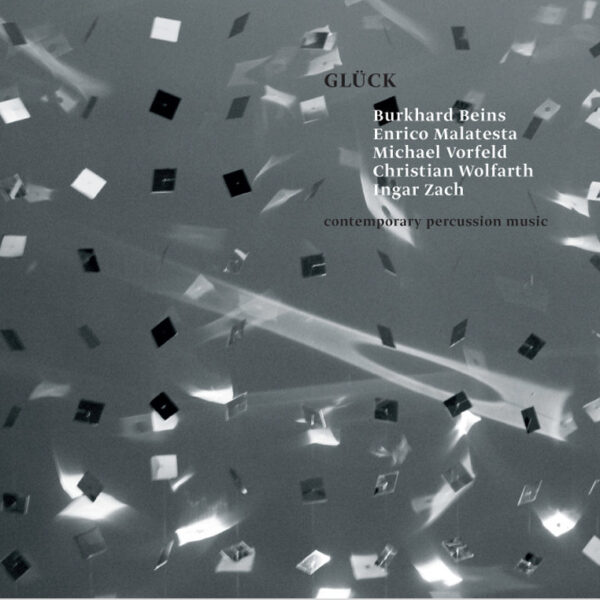 So to Glück, in which Wolfarth joins forces with Burkhard Beins, Enrico Malatesta, Michael Vorfeld, and Ingar Zach in an all-percussion quintet. Now, I’m a slave to the rhythm as much as the next person, but I must admit that I faced this one with a little bit of trepidation. An entire album of people basically hitting things, no matter how artfully, seemed like it might be a bit of an endurance test.

Thankfully, it’s not quite the clatter-fest I feared. In fact, it’s remarkable just how much space and silence there is on this record. Ingar Zach’s ‘Floaters’ is like a passing thunderstorm, dark drones fading away only to rumble back into life. Wolfarth’s title composition focuses more on the shimmering and occasionally strident tones of bowed cymbals, with a bit of tympani rumble underneath. Compared to these, the two parts of ‘Adapt/Oppose’ sound like Ginger Baker doing Toad, but it’s all relative, and the tracks provide a welcome bit of contrast.

As an introduction to contemporary percussion music, this is hard to beat.