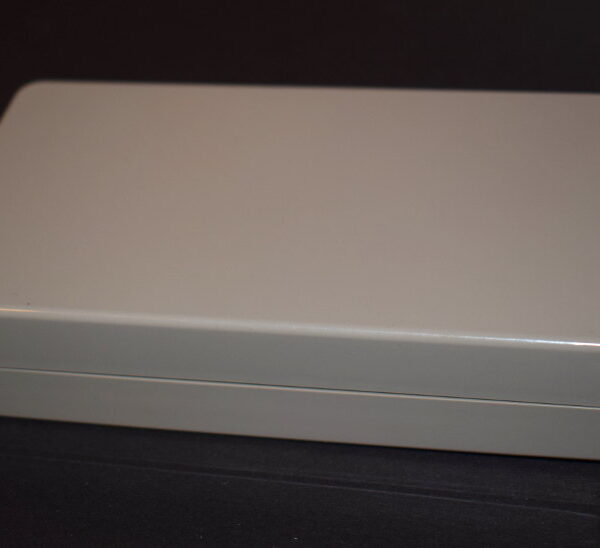 Welcome return for some music by The Vitamin B12, in a double-cassette set we’ve had here in the racks since 2014. The Vitamin B12 is sometimes just a solo project by Alasdair Willis, but has also been an improvising collective involving any number of people in and around the Brighton UK area. We used to enjoy the solo records enormously back in the day, such as the vinyl-only releases 2LP Gatefold Set from 2000, or the double LP Badges from 2003, and for a time I was amazed we managed to persuade this rather reclusive fellow to contribute some record reviews to the magazine and provide some of his sumptuous drawings as well. Solo Vitamin is always hard to pin down to a genre, but it’s usually a form of very melodic music, full of inventive and eccentric electronic tunes and ditties, informed by everything from Radiophonic Workshop, easy listening, and classical avant-garde composition. The improvising version of The Vitamin B12 didn’t appeal to me half as much, but the manic skittering clattersome noise they made was well represented on a series of 10-inch LPs called Heads, all issued together in 2006. When spun, you had the impression with these players that they just didn’t know when to stop.

Today’s item is not like either of the above “modes”. Winter City Patterns 1-4 is two cassettes with zero artwork or information printed anywhere, and they’re sealed inside a plastic box which you have to open by loosening four screws. Luckily, I have a head start in that department. Listeners without a Philips screwdriver will find themselves at a loss. I was afraid it might turn out to be a memory stick inside the box, containing some 400 unreleased albums. I wouldn’t even have known the title had it not been for the helpful letter from Nick Langley of Third Kind Records, who issued it and sent me a copy. It’s a solo set by Alasdair Willis; “the music…will definitely not be described as impenetrable”, writes Langley. 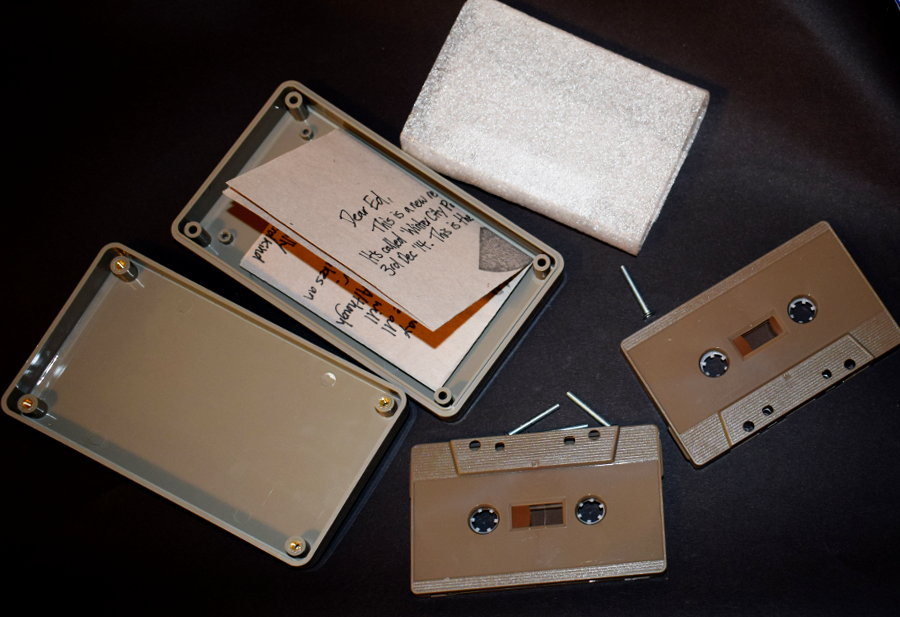 Winter City Patterns is all keyboard music, mostly piano (or digital piano) with some other keyboards including a tasty organ preset, with one long piece per side of a tape. It is indeed very accessible music and in places quite beautiful. The earlier electronic music from 2000 onwards was often characterised by its brevity and compactness, but here Willis has opted for the long form to allow his discursive ideas to develop. Perhaps as a result of this, it’s easy enough to find comparisons with the music of Terry Riley or Philip Glass in these repeated arpeggios and restated patterns with their slight variations, but Willis is clearly not aiming for anything as solemn or monumental as an American Minimalist, and is still happy to construct model villages and Lego toytowns in sound. His music here may mesmerise and enchant, but he doesn’t promise mystical Sufi fulfilment or Eastern knowledge at the end of it, maybe rather a trip to the toyshop and a bag of boiled sweets. All of the pieces are pretty much in a major key setting, contributing to the sense of uplift and well-being; and the music flows as naturally as a mountain spring.

Besides the American minimalism parallels, there’s something of more substance and complexity going on with sides three and four (at any rate, the third and fourth sides of these unmarked tapes which I spun) with moves and structures which I would like to classify as more European, but I lack the musical knowledge to affirm this claim. One might hear traces of Satie in these inventions and caprices, including phrases which sound as though they ought to be quotes from well-known classical works, woven seamlessly into the flow of the music. For one thing I had no idea Willis was so fluent and capable behind the piano, but with such a self-effacing personality it’s perhaps in keeping that he remains modest about these achievements.

If one could find fault with Winter City Patterns, it would be with the small problem that Willis solo, like the Vitamin B12 collectives, doesn’t know when to stop. The duration here is important to the meaning and realisation of each piece, but they also seem to go on for far too long, without really progressing much in the process. There’s also this slightly cloying taste to the work, to the point where the major key and user-friendly melodies start to become irritating. It’s almost like a very contemporary form of cocktail lounge music. These observations though should not detract from your listening pleasure as you allow these lengthy and pleasing extemporisations to wash over you like a warm bubble bath. From 1st December 2014.