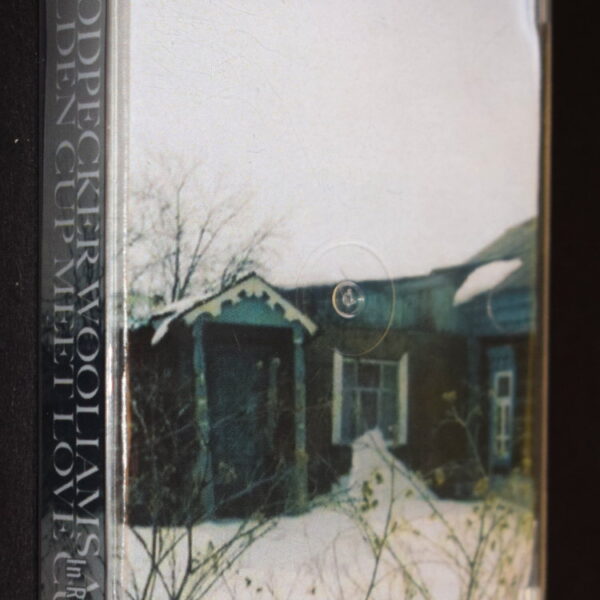 The cassette micro-label Full Of Nothing is I think run by Ivan Afanasyev from Petrozavoosk. We have noted a few marginal items over the years, including releases by gkfoes vjgoaf, Banana Pill, and Charlatan and Clathrus. In Russia (fon38) is a 2012 cassette featuring a team-up, or at any rate friendly encounter, between three bands – Woodpecker Wooliams, Golden Cup, and Love Cult. Love Cult is in fact Ivan Afanasyev (one of many aliases) with Anya Kuts, and the other two are solo acts, I think from the UK and Italy. On these 2011 recordings, the artistes find common ground cavorting in slow motion inside a limpid, dream-like pool of warm and fuzzy syrups, floating in the type of extra-terrestrial droning soap bubble that used to be so common on the Digitalis label. ‘Saransk’ is the more soothing and ethereal of the two sides, while ‘Saint Petersburg’ finds the fluffy ones engaged in the production of slightly more eventful surfaces and effects. Distortion, lo-fi, ambient twittering, numbing repetitions and patterns, and indistinct textures are among the techniques deployed in pursuit of these otherly states. The collage of photos inside the box gives the nearest visual analogue to what we’re hearing – double exposures, shaky focus, colour flashes and fogs, all amounting to a modern impressionism, even when the subject matter is quite ordinary – streets, houses, and vehicles in suburban Russia. Quite nice.