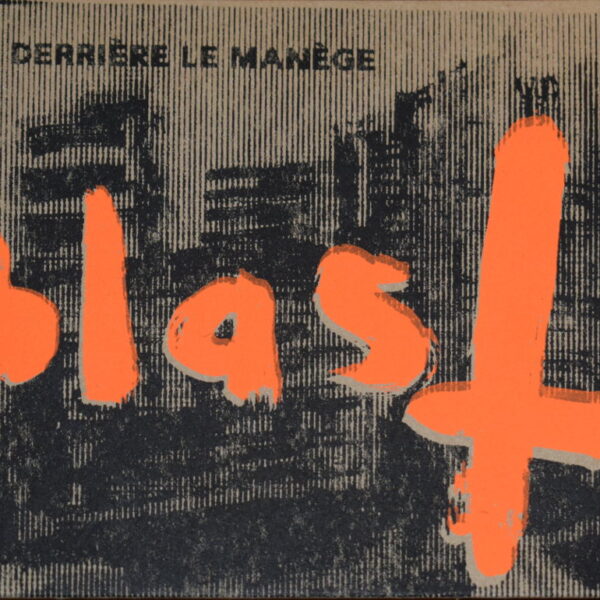 Blast (or B.L.A.S.T.) are a French four-piece of contemporary jazzers led by the trumpeter Pierre Millet, who also composed all the music on Derrière Le Manège (PETIT LABEL PL051); I’m a trifle surprised Millet hasn’t shown up on the screen before now, given his sizeable output – he’s in at least three other combos beside this one, namely Hand Five, Renza Bô, and S’il Te Plaît Madame. He’s been releasing records on Petit Label since 2008, and also seems to have a foot in the hip-hop camp if his work on the B. Boyz EP is any benchmark of the situation. Joined here by J.B. Julien with his Fender Rhodes electric piano, the bassist Antoine Simoni and wild-card / secret weapon Pierre Troel who is credited with “MPC”, they turn in six entertaining cuts heavy on the dance-floor beats, the Fender Rhodes riffing on tasty chords, the weird electronic sounds, and the echoplexed trumpet, all the while doodling their easy-listening slow-groove charmers in languid style. This normally wouldn’t appeal to me at all and if feeling unkind I’d lump it in with some of the clunkers we’ve received from the French label Circum-Disc (particularly the mediocre Flu(o)), but there’s a sense of fun lurking between the beats that adds warmth, and makes me feel I can trust these Blasty Garcons. Some of these oddball vocal interjections and electronic smart-bombs might be coming from Pierre Troel, who as Fulgeance and Peter Digital Orchestra has created a minor stir around Ile-De-France with his DJ antics. While B.L.A.S.T. are sometimes a tad too smooth and facile, and have a propensity for tasteful music that might become tiresome, the album still has enough mood-changes and tricky surprises to make this an enjoyable and entertaining spin. From 18 April 2016.