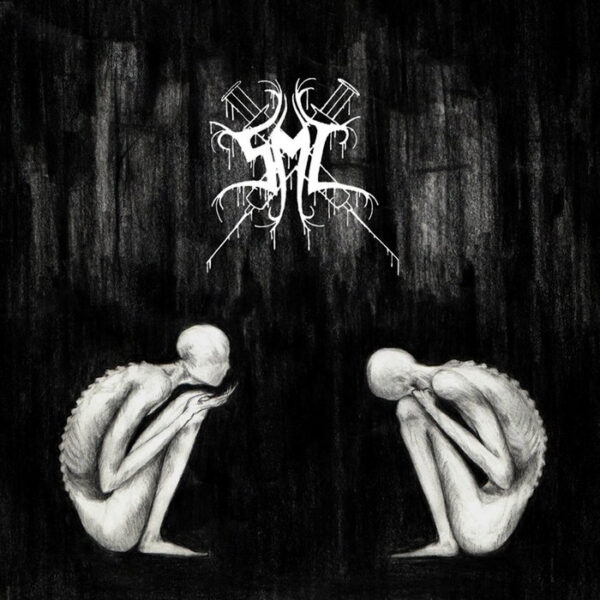 Listening to this album, I only needed five minutes to discover just how incredibly saddening and dejected depressive BM can be in the hands of this duo who hail from from Krasnodar, one of the, er, sunnier cities in Russia. This is a very sad album indeed, though for reasons the guys might not have had in mind.

First track “Swallow” runs the emotional gamut from deep, deep sorrow to sheer panic and anguish, to the point where you feel more embarrassed for the histrionics and the background whimpering while the thin whiny guitars roar away and the drums flail continuously. It’s actually not a bad track, there’s plenty of good riffing but the overall sound is more wheezy than energetic and emphatic, and probably throws more weight onto the vocals and the hysteria than those deserve. “When Tears Become Bright Again” is not the happiest or brightest of songs either but for sheer pain and burning heat from those crumbly guitar tones this track can’t be beaten. There’s actually quite a good little bass melody going on in the far background if you can ignore the bleating and the screaming.

As the album progresses, I find paying attention to the instrumental music more rewarding than the complaining – if there was some way of erasing the vocals completely and just listening to the music, I’d do it. The contrasts between 5ml’s cleaner post-rock music and the battery-acid BM are very sharp and do much more to disorient and upset listeners than any amount of over-acting and the use of spoken-voice recordings do. 5ml can do moody blues music really well and should just let that continue for as long as they can stand because often that brooding, darkening moodiness is all that’s just needed to impress on listeners a state of unease and fear. The music also improves in the album’s second half with more emphasis on slower mood music and slightly less vocal theatrics.

The music ranges from fairly typical depressive BM with not very much atmosphere (except in the last track where there’s a bit of cold spacey-ness) to brooding urban mood post-rock, with better, more atmospheric music in the later tracks than earlier ones. Final track “Bath of Razors” attempts to integrate the depressive BM and post-rock tendencies more than on previous songs with some success in parts, with the addition of piano and synth-generated droning. Unfortunately those screechy voices are back as well and the music recedes to ongoing scratchiness and cold repetitive noodling.

After hearing this a few times, I find this album more so-so than it could have been: there’s some good emotional music here and if the duo had eliminated those annoying voices and concentrated on bulking up the music with better production, the album’s potential for deep soulful music could have been better realised. “Injection” does promise quite a lot in its first few moments and the album overall does deliver – but you sense it could have done so much more. Let’s hope a follow-up album can deliver a full booster to reinforce and strengthen the positive effects of “Injection” without the adverse reactions.