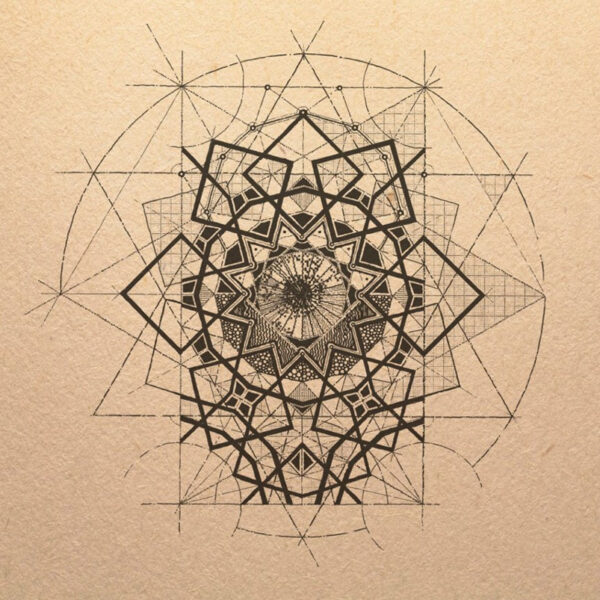 The album Rhthm (MONOTYPE RECORDS mono083) by Polish combo T’ien Lai is a highly diverse set of music, where the duo of ?ukasz J?drzejczak and Kuba Ziolek attempt many styles, many modes and many methods to realise their ambitions. They certainly aren’t short of ideas for what direction to take next, and there’s a large collection of tools in their box of instruments and synthesizers. There’s the systems-y pseudo-composed ‘W D’, a half-hearted attempt to “do” Terry Riley. There’s ‘Piknik Nad Rzeka Ma’, whose beats and sampled speaking voice derived from a French girl barking out an obscure text seems to have warped over here from around 1985. ‘SMZS II’ is pure Kraftwerk-influenced sequencer malarkey. But the evil robotic-march vibes of ‘Monotronik’ (where they are joined by the percussionist Rafal Kolacki from HATI and cymbal player Miko?aj Zieli?ski) are effective, and may reflect the fact that at time of writing T’ien Lai now consider themselves a quartet. I also enjoyed the short but chaotic ‘FX6’ which opens the album with a beautiful and illogical firework of noise.

The rest of the set shows them veering around – beats, ambient, melodic tunes…anything they can do to “experiment” with instruments, computers, and the studio, yet there’s always this lazy back-pedalling into conventional sounds and arrangements which blunts the “alternative” edge they wish to project. No denying the instrumental skills of this pair, nor the impressive assurance with which they set about their tasks, and the textural density of these outputs is evidence of much hard labour by Kuba Ziolek at the mixing and production end. Rhthm just feels like they’re trying to say too much in a short space.

This is their second album for the label; their more intriguing and esoteric Da’at was noted by Pescott, and the pair have a declared interest in Jewish mysticism. The release is packaged in a triple-gatefold digipak with a restrained geometric device on the front, and a garish psychedelic collage visual horror on the inside. Plus there’s a Herbert Marcuse quotation printed on the inside. From 21 June 2016.