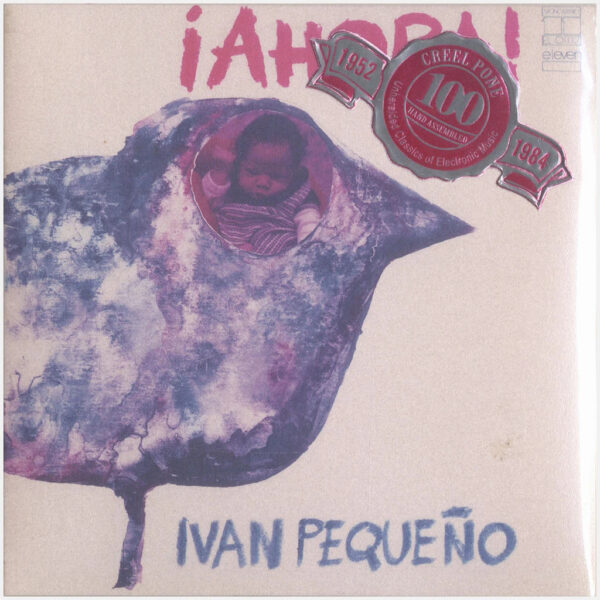 ¡Hola! Here’s a welcome reissue of a rare recording of musique concrète / experimental electronic / spoken word agitprop monologue made by Ivan Pequeño way back in the mid-1970s. The recording was released as an LP in 1977 by French label Eleven Records. Pequeño was originally from Chile and this work includes political content by famous Chilean poet Pablo Neruda, parts of Fidel Castro’s 1962 speech “Second Declaration of Havana” and excerpts of Gabriel Garcia Marquez’s novel “The Autumn of the Patriarch” which were read by Sara Bourasseau and Francisco Zumarque for the original LP recording.

While Spanish speakers inclined towards socialism will probably best appreciate how the music and the actual spoken word recordings complement each other, the rest of us gringos can thrill to the most amazing and zestful electronic music blow-outs this side of Popocatepetl. Clear siren drones zing through the air and through your head like the sharpest of laser beam cutters. While there is plenty of room for quiet, be aware that the most restful periods can be suddenly punctuated by the most impertinent squiggle effects. The most astounding aspect of the album must surely be the way Pequeño composed and assembled the music, the various sounds and the monologues into one self-contained whole that keeps your ears and brain riveted to the speakers from start to end. Even the most terrifying moments, which come late on Track 2 (this being the B-side of the original LP)  and in which the musical soundtrack cheerfully simulates shooting and machine-gun fire, will arouse as much awe and excitement as fear and horror.

The Creelpone reissue includes a bonus piece in which Pequeño duets on synthesiser with American saxophonist Oliver Lake. This is a fun little number where the Chilean peppers Lake’s melodies with little trills and pops and the two end up hammering away at each other with sounds you’d swear synths and saxes just don’t make!

Don’t let the recording’s politics put you off: “¡Ahora!” shows that musique concrète / experimental music can be impassioned, lively and above all fun even in the service of social and political justice. For his three-year effort in finding and reissuing this work along with the only other known recording made by Pequeño, the Creelpone man deserves a great big chocolate cake to eat all by himself.