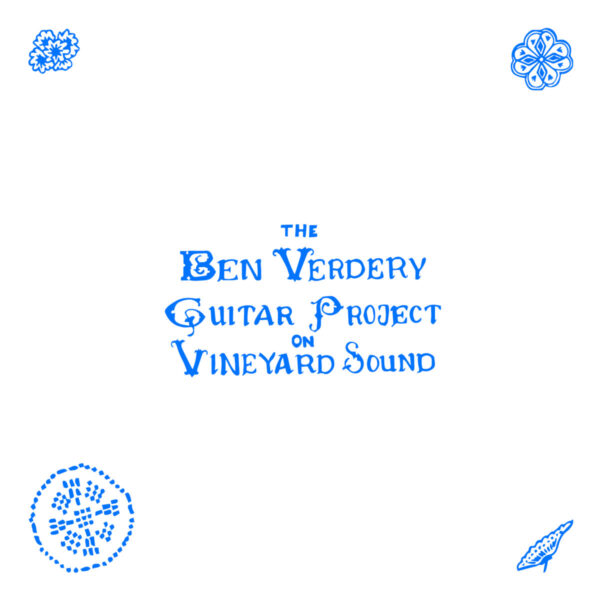 Ben Verdery seems to pack some heavy duty credentials, being Yale University’s Associate Professor of guitar and Artistic Director of ‘The Yale Guitar Extravaganza”. The On Vineyard Sound disc was initiated by Mr. V. who invited a number of Yale School of Music composer colleagues to write pieces for him to interpret via an extended family of guitars: ranging from Fender Strat and Steel String to Baritone and Classical.

Well…sixty-nine words in, a bright ‘n’ breezy opening presents itself with no suggestion of listener dissent… until now that is… A mere five minutes of less than intense research finds the accompanying cribsheet surprisingly failing to mention his tenure with those avatars of new age muzak: Windham Hill, when he recorded under the name of Benjamin Verdery. Can this terrible (but self-induced) stain on one’s character ever be erased by a slight name change and the passage of time? Not an ice-cube’s…

While glimpses of world music, analogue tweaking and country (David Lang’s “Little Eye”), can raise the listenability of these classical guitar recitations a micron or two, on the whole this particular cold collation is as well-manned and genteel as a gathering of maiden aunts at a fifties’ Lyons tea-house, hosted by Athene Sayler and Dame May Whitty. If this has wetted your appetite for the real soul of guitar soli, where intimations of guitarists whose somewhat haphazard lives deeply permeate the very strings and frets of their best friend, it would be better to explore the catalogue of, say, the Tompkins Square label (see Basho protégé Richard Osborn and/or Harry Taussg for starters?) than kicking yr. heels in this vicinity.