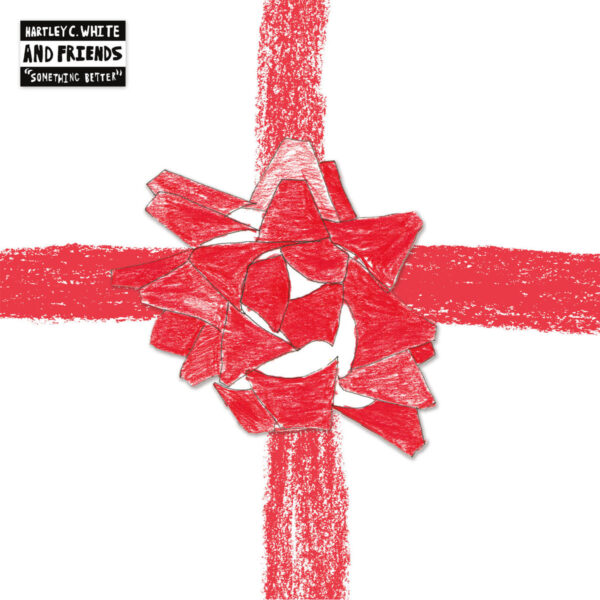 Hartley C. White was born in Jamaica but has lived in Queens New York for several decades. He’s been active since the mid-1980s, mostly self-releasing music, and a selection from his back catalogue appeared on the OSR Tapes label in 2014, called This Is Not What You Expect. Very active today, there’s a string of his records available through CDBaby such as Run The Gauntlet, Coming Out Fighting, Face The Music, and more. Today’s release is called Something Better (OSR TAPES OSR77) and is credited to Hartley C. White And Friends; among these friends are Zach Phillips, Christina Schneider, plus the lead guitarists Quentin Moore and Vinny Giannettino, percussionist Larry McDonald (who’s played with Lee Perry, Taj Mahal, Gil Scott-Heron and other notables), and sax player Kate Mohanty. Hartley himself plays multiple instruments, but he’s mostly a rapper / poet – and all the tracks here were built around his main vocal performance, with the instrumental overdubs gradually opening out to unfold the vision of the composer; the musicians worked to White’s extensive notes, indicating he possesses a very clear idea of what he wishes to achieve.

Hartley C. White’s vocal delivery is pretty much unique. Apparently it’s based not on conventional singing lessons, but on his martial arts technique. White has been a student of marital arts since 1966, and there’s a particular Bruce Lee move that inspired the “broken rhythms” of this unusual herky-jerky sung-speech. He himself calls it “Who-pa-zoo-tic Music”, and even called his record label by the same name. The words aren’t loping out carelessly, but are delivered with the intensity of a very accurate body blow. Don’t be fooled by the apparent insouciance in White’s tone; there’s a steely conviction in every syllable. There’s also a lot of passion in the lyrics, which dissect hypocrisy and dishonesty with the skill of a brain surgeon, in a highly compacted manner. Although a lot of these songs are short, mostly around the two or three minute mark, it’s evident that a lot of preparatory effort has been poured into their construction. The musicians perform an impressive feat keeping up with these unusual rhythms and non-symmetric patterns, and their instrumental contributions are spare and lean, punching home the meanings of each song. The net result is extremely unusual, constantly surprising the listener with its stop-start twists and turns. From 28th October 2016.