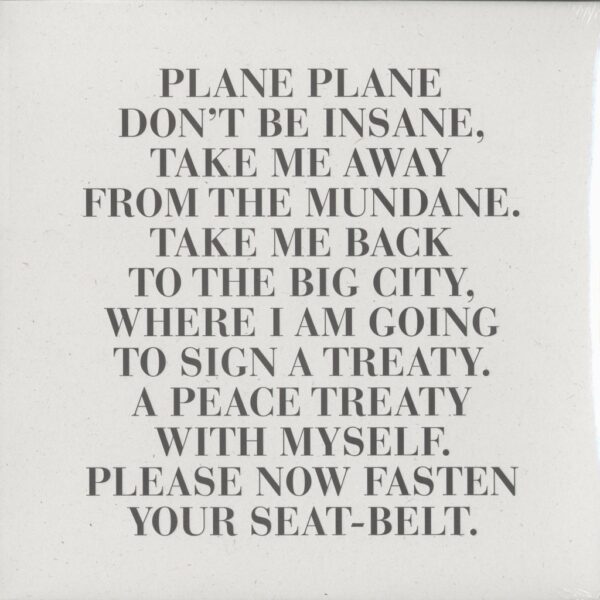 The rounded CV of composer, saxophonist, collaborator and sound artist Alessandro Bosetti offers insights into his interest in the musicality of language and non-canticle communication, with radio-based text/voice commissions aplenty, alongside more involved, polyphonic pieces for choir, from which spectrum the following releases are plucked.

Within his choral compositional cycle, Plane/Talea, the madrigal form – though largely the preserve of renaissance re-enactment societies today – awakens after surgery, reconstructed from billions of scalpelled tape slices, in a manner more approximate albeit to experimental techno than music concrète (especially when played at 45 rpm instead of 33, as accidentally discovered). In Bosetti’s words, the piece envisions ‘an “impossible choir” constructed through the sampling of thousands of fragments and pieces of voices… and their recomposition into polyphonic garlands and textures (which) can be intended as the utopic sonification of an impossible community in which the voice is atomized into primary particles and later reconstituted into sonic masses and clouds’.

Surprisingly, such promotional bombast actually befits this explosion of the madrigal form into a brisk, whirling gyre of gurgles, grunts, chirps and warbles warped in like an intergalactic radio seminar on some extra-terrestrial phonology. Throughout the record, a million voices bubble forth from the same body (or the inverse) like a polymorphous mouthpiece expanding and contracting at quantum speed. ‘Perhaps fortunately’, he concludes, ‘such a choir does not yet exist’.

Though similarly remote from my understanding of such matters, I can’t help but wonder whether Xenakis had something similar in mind when he constructed his early exploration into sonic density, Concret PH, from miniscule splinters of recordings of burning wood. At any rate, his next offering communicates in a more intrapersonal dialect.

His radio-psycho-drama A Family of Three (Band Photo) (from his trio, Trophies) bursts forth with a bracing organ drone, chiselling cuts of no-wave guitar and skittering snares that foretell the birth of a monster child from the Norwegian jazz scene. Though merely an opening gambit, it remains suspended at in time this level of tautness, the drone resuming after a brief, diary-like muttering on something or other.

The premise, as Bosetti floridly relates, concerns ‘tangents, ideas and themes revolve around cautiousness, desire, Italy, ways of doing… like universal aspects of humanity falling into the vortex that is the whole of this Gesamkunstwerk’. The closest English translation I can think of is ‘a stream of consciousness gathering of the mind’s jetsam into an omni-directional linearity’.

Constructed over years, it’s essentially a piece of meticulous diary art, which – to recap the composer’s ruminations on mother Italy – one stands ‘to love and hate repeatedly’, with the potential for fascination that such forays entail. Like a James Joyce dispatch from the continent, it teases us in with English as a tenuous lingua franca (yet strangely, no Italian), supplanting it with grabs of guttural glossolalia, then drums and guitar from the imagination’s main line. Though this wayward collage is driven by a singular, perhaps solipsistic logic, it is also held together by the sympathetic hands and minds of heroes for hire Kenta Nagai (fretless electric guitar) and Tony Buck (drums, of course), who ensure that it modulates evenly between seam-splitting scrap-booking and the kind of surgically-specific percussive patterning that the first record – Plane/Talea – acclimatised us to.