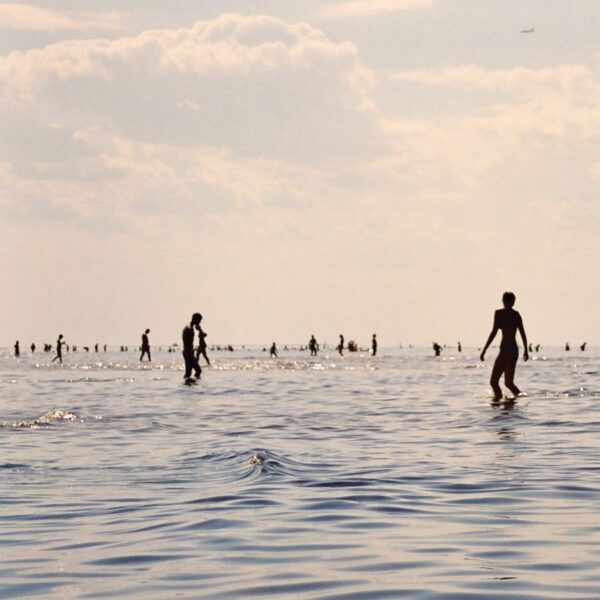 Latest release from the Serein label in Wales, a label that’s emerging as a home to gentle and unassuming electronica of all stripe, often with a strong pastoral flavour. Today’s album He She Them Us (SEREIN SERE011) by Selffish is an enjoyable soft-focus set of electronic music, which is consciously aiming its sights on that “classic” minimalism of the 1990s we associate with the Cologne and Berlin labels such as Raster-Noton and Mille Plateaux; accordingly there’s a focus on clipped, concise statements, pared-down effects, and beats (even if they’re not as remorseless as some beats to have emerged from those 1990s fortresses of close-lipped steeliness).

At the same time, Selffish is clearly keen on the home comforts of lush ambient music, and though his apartment may be of modernistic and clean design with sharp corners at every turn, he also furnishes it with soft cushions, fluffy carpets, and tasteful drapes. This isn’t to say his album is pulling in two directions at once, because that implies that there’s some sort of tension at work, and the one thing I can say about He She Them Us is that it’s almost completely tension-free. One moment in its company and your woes will either melt into candyfloss, or you’ll fall into the pond in the park because you’re too busy contemplating the sunny skies.

Keyboard-piano whizz Andrejs Eigus from Riga is the creator, aided by a bass player and saxophonist – I’m not clear if they are actually playing or if they’ve been sampled, as the whole record has been so heavily processed, and layered with the inevitable field recordings. Well, I may scoff, but apparently these field recordings – fetched from his immediate surroundings – are key to understanding Eigus’s motives behind the music here, as the process relates to a “turbulent time” in his life and the only thing that cheered him up was a walk in the countryside around Riga. I knew we’d find our way back to “pastoral” themes eventually. In all, a pleasant and sometimes engaging slice of modern electronic ambient, if largely unchallenging. From 20th March 2017.