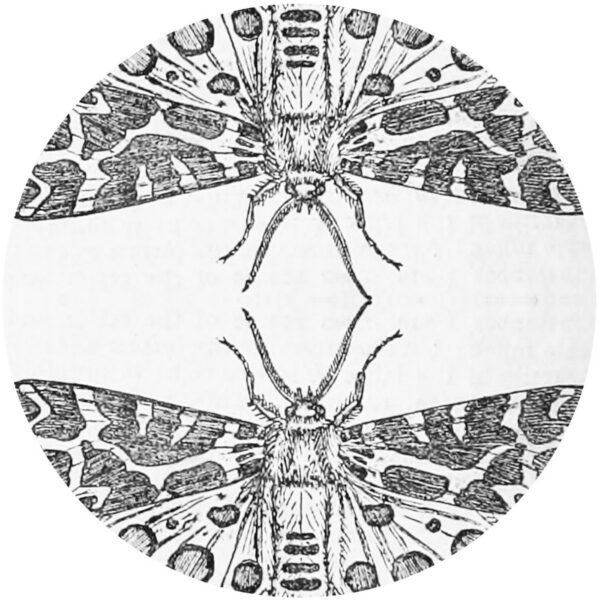 After over a decade of giving the world some of the most intricate and experimental black metal, much of it featuring the use of micro-tonal scales, Jute Gyte’s Adam Kalmbach could be forgiven for wanting to take things a little bit easier and in a more streamlined way. This EP “The Sparrow” may well be about as easy-listening as Jute Gyte is ever likely to be: gone are the dense layers of noisy scourging industrial guitar tones in many parts and in their place are micro-strumming guitar chords that seem to be on permanent auto-pilot, scrabbling away in a manner bordering on the deranged. Even with this lightweight approach, the music is still very menacing and gives the impression of a super-mass of cyborg hornets approaching your home from the far distances – in a matter of hours, that ginormous black cloud ofmachine insects will soon be converging on your neighbourhood.

The title track oozes menace and mystery throughout whether through passages of solo demon voice, droning guitar tone and crashing percussion, or tinny-sounding fluttering quarter-tone guitar chords that can all but drive you nuts with their machine-like insistence. Even when the music dies down and there is only dark space, an air of unease and dread anticipation persists. Spoken word parts help to tie various sections featuring very different music together. At times the monotony and repetition can seem overstretched but the long passages where the music repeats over and over do reinforce the sense of an uncaring and indifferent world where things turn out to be meaningless or to have no value whatsoever, the fabric of life is breaking down or is about to break down, and there is no purpose to life or to the universe. The cosmos continues on long after humankind has died out, and maybe extinction really is what you get if you’re seeking a purpose to living.

“Monadanom” is an all-ambient piece of low-end drone and extended guitar twang where the space between sounds is dark and empty almost to the point of sterility. Well, not quite … there’s the sense that in another dimension there’s the usual dense and scrabbly Jute Gyte black metal industrial noise thrashing about and making its presence felt on this physical plane. As this track progresses, more of this other music penetrates inter-dimensional barrier with swooping and clashing drone and whispering metal sizzle. In a later part of the track, a horn from hell starts to dominate the rest of the music and the whole piece seems like a soundtrack to Tibetan Buddhist monk chanting: this is where in spite of the shrieky noise in the background, the music becomes mesmeric and awe-inspiring. The mood gradually changes from intense and stark to something quite mellow and calm.

Both tracks feature a lot of repetition though if you stick out what seems to go round and round in circles, you’ll swear there are actual changes of mood in that repetition which make it less a test of endurance than it would be otherwise. While “The Sparrow” itself might send listeners batty with the micro-tonal guitar twiddling, I found “Monadanom” quite a monumental track with its combination of background noise and (in the foreground) an implacable dark serenity that belies the turmoil behind it.

A nihilistic message about the nature of the universe and what it means for us really comes to the fore on this recording, in a way that it might not on Jute Gyte’s other recordings because they are so dense with noise and experimentation that the message gets lost.