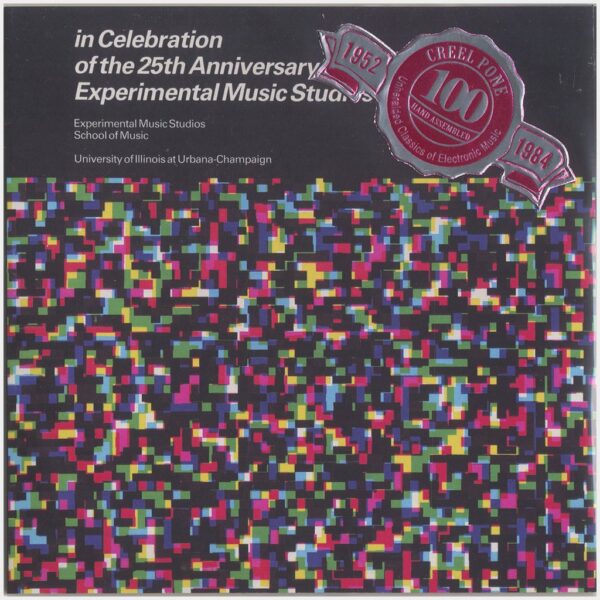 So ubiquitous is electronic music today that we can easily forget that not so long ago, well within the life-times of people alive today, composing and performing such music was limited to a very small number of countries – and within those countries themselves, to a small number of cities, sometimes no more than one or two. Just over 60 years ago, very few people outside university and college music programs specialising in such music was aware of electronic music and most of those who did know were living in New York City. All the more remarkable then that in the late 1950s, a brave chemistry professor by the name of Lejaren Hller, who chanced to attend some lecture-concerts by John Cage, founded an electronic music studio at the University of Illinois (Urbana Champaign) not far from Chicago in the Midwestern wilderness. Though its beginnings were inauspicious – because the university’s music department was irked at the upstart scientist’s ideas, it refused to support him so Hiller had to raise money on his own to start the studio project and at times had to find and use second-hand or discarded keyboards – the studio’s reputation grew nationally and in Europe during the 1960s and 1970s with original formal computer music compositions by various musicians, many of whom were students or graduates of the studio’s music programs. In 1983, to celebrate its 25th year, the studio released a compilation of electroacoustic and computer-based recordings by several of its associated musicians and students, with most works created in that year and presumably for the compilation.

Generally the recording has a clear, almost formal air though individual pieces may express humour, wonder, and/or a keen sense of adventure and curiosity. Probably the most memorable track for many listeners will be the first, Antonio G Barata’s “Cantes Rojos y Negros” (“Songs Red and Black”) featuring soprano Kathleen A Barata singing close to the extreme upper end of her range; this piece also has tribal-sounding percussion and vocal chorus, and the lyrics imply a ritual in progress. After this track which is bound to weaken a listener’s resistance to the other strange wonders on the disc, the music on subsequent tracks can be much more experimental, light-hearted and fun. It flits between purely instrumental pieces keen on sonic exploration and improvisation, and more structured works with voice and music that resemble tiny operatic dramas. Distinctive pieces include Carla Scaletti’s “Lysogeny”, a work for harp and computer, Sever Tipei’s trumpet-dominated “Maiden Voyages”, Nelson Mandrell’s piece of a trio of (preferably excitable) sopranos and Brian E Belét’s moody and steely-sounding “Quanta Affected by Observation”.

If heard in one sitting, the disc sounds very much like a soundtrack to an ever more peculiar movie with many changes in mood or it can be treated like the compilation it is. Individual tracks may be of interest to DJs and archivists looking for interesting sounds and samples to add to their collections. However listeners choose to take in this music and its sounds, ideas and concepts, they’re sure to come away quite dazzled at the variety of sounds and how fresh and invigorating the collection can be.

The album includes a booklet that explains the methods composers used to create and structure their works, the intellectual concepts behind the works and brief biographies of the composers. Copies of the album may still be available at Broken Music.

Interested readers keen to know more about the Experimental Music Studio can click on this link and follow other links at the website. Lejaren Hiller’s New York Times obituary which includes a brief biography – he died in 1994 from Alzheimer’s disease – can be accessed at this link.