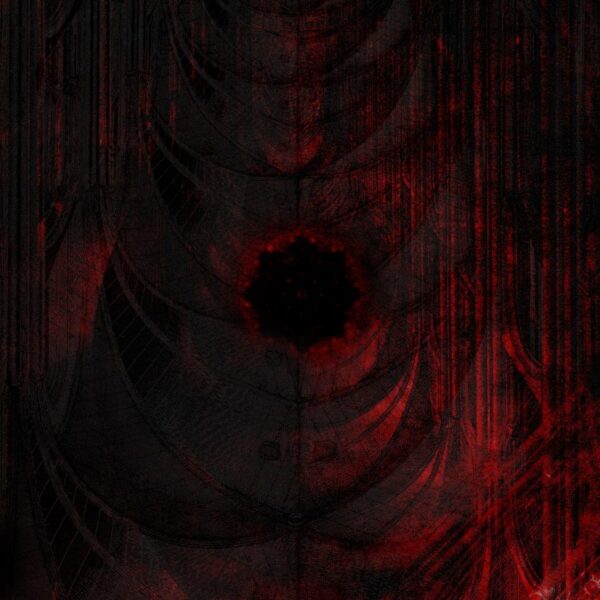 A hermetic and mysterious man is James Hamilton of Montreal, who currently operates through the agency of the Keraunograph Organisation, a base which is also the home of the Keraunograph Ensemble. Apparently he used to be Dystonia EK up until 2009, then decided he needed a new mask or identity to cloak his activities; it’s planned that Keraunograph Organisation will release just 11 records, and then stop – or to use his own rather ominous expression “the book will be closed”. He even has a typographical monad to call his own, featuring a large capital letter K printed in reverse. So far it’s almost like dealing with a character from Riven: The Sequel To Myst, or similarly involved computer game.

I expect Hamilton would like us to explore Xenolith (Kg.03), the extreme-minimal composition, in the same way as we might wander around one of those virtual landscapes, trying to find our way past seemingly impenetrable barriers with very few clues at our disposal. The work itself is a monumental organ drone, with barely-suggested slow pulsating and breathing rhythms, lasting over an hour, and though divided into seven chapters according to the insert, there are no index points on the CD. We move from ‘Distant Hungers’ to ‘Uncertain Descent’ in stages, passing through ‘Outer Hell’ and ‘Contagious Spaces’. The cover art is likewise stark, its red and black colours insisting on themselves with a mute authority, seeming to depict an underground cavern that leads to an infernal zone, the roof of an impossible cathedral, or a sun going super-nova. Perhaps all three associations are not inept.

The music does evolve and vary across this slow odyssey, gradually bringing some form of shape into our view; it does indeed succeed in conveying a colossal scale, a thing too large to apprehend in a single gestalt. There’s no question but we have to listen from start to finish to digest the entirety of this titanic entity that Hamilton wishes us to consider, and enter into a state of extreme concentration. Unlike some benign and hippy-drippy drone music, it’s fairly evident that Xenolith has no intention to send us into a trance; quite the contrary. We need all our wits about us to deal with this apparition, and apply perceptual senses which we didn’t even know we had at our disposal. At one level, perhaps Hamilton thinks it’s his job to equip us to do so, to shine a light into those lower depths of the subconscious where we normally fear to probe, and give us the viewing equipment needed for the job.

“Ungrounding music for Hammond and Farfisa organs”, is the composer’s own description of this remorseless, darkly minimalist work. “This is another [piece], from much further under the earth. Holes, tunnels, erosion, trauma.” I see there is a video version too, a short excerpt of which is available on Vimeo through the composer’s website. It’s evident that Hamilton puts a good deal of concentration and focus into each work, paring away all that is unnecessary to the central theme, and a fully integrated thematic work of art is the result. From 8th May 2017.