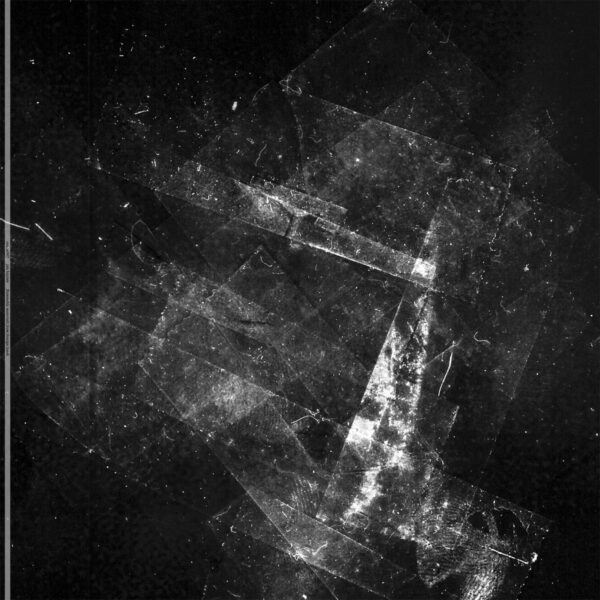 Another maximal sound-art item from Jim Haynes. Flammable Materials From Foreign Lands (ELEVATOR BATH eeaoa45) is another output from his Estonian residency, a collaborative “crossover” situation set up under the auspices of Simon Whetham; we’ve already dug the Throttle And Calibration cassette from this phonography-fest, where like-minded documenteers swarmed to the urban desolation, drawn to decaying buildings of Estonia like iron filings to a magnet. John Grzinich asked Haynes what sort of areas would appeal to him within the confines of this project, and without hesitation Haynes roared back “fields of electro-magnetic disruption, please!” He got the assignment. I have no idea what electro-magnetic disruption may mean, but evidently the ground in Estonia is full of this secret force, and Haynes managed to capture some of it using shortwave radio sets, and present some documents of it on the first side of this LP. Evidently a connoisseur of these types of signals – our own Joe Banks / Disinformation used to be the go-to man on the subject in the UK in the 1990s – he compared the Estonian sounds with what he knows about radio sounds in America. The verdict is that Estonia is “eerie and unsettled” and “looming with…paranoia”. All of these factors may account for the alarming and erratic energy-noise-bursts that erupt from the surface of these tracks, ‘Of Blast And Bleach’, ‘Nyet’ and ‘E. Kohver’. On that level, this powerful and noisy work is of a piece with Electrical Injuries, another 2017 LP he released for Aussenraum, and likewise quite the shocking beast.

On the flip we hear experiments with voice cut-ups, created by Haynes from Estonian broadcasts. He reduced spoken words and sentences to small atomised fragments, disrupting common sense and creating mysterious near-poetic phrases. He’s not perhaps the first to liken this action to “surrealism” or “Dada”, and the finished results are very evocative of the radio poems we hear in Jean Cocteau’s great film Orphée. 1 It also conveys more of the paranoia that evidently stimulated Haynes’ imagination at this time, and – inevitably – it bears a resemblance to the infamous “Numbers Stations” recordings, first brought to our attention by the Conet Project. The difference is that Haynes is actively trying to create a modernist composition of some sort here, not simply inviting us to savour the innate mystery of found sounds on the furthest reaches of the shortwave band. However, isn’t this Cold War trope getting a bit stale now? Surely we’ve more reason to get paranoid about false news and planted Russian trolls in our Twitter streams than what comes over the old wireless set. Nonetheless I enjoyed moments of this ‘Electric Speech: Nadiya’, even if it wears out its one theme rather quickly. From 16th June 2017.