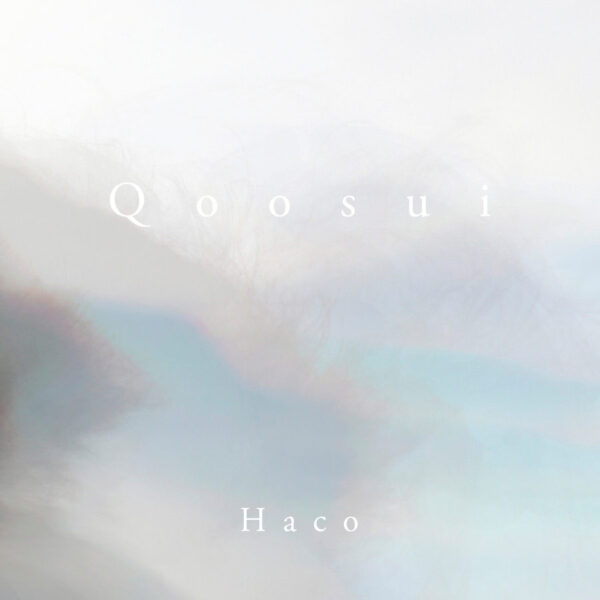 We’ve always had a place in our hearts for the music and voice of Haco, an extremely individualistic Japanese performer who came to the world’s attention in the 1980s with her lovely After Dinner records – including the attention of Chris Cutler, who reissued them and continues to carry them in his catalogue, I believe. She also made some gorgeous solo records, including Happiness Proof in 1999 and Ash In The Rainbow in 2002. The group Hoahio, from around this time period, are great too – I often wonder what became of Sachiko M and her sampler. Well, I kind of lost touch with Haco’s peregrinations since that date, so it’s nice to hear this Qoosui (SOMEONE GOOD RMSG016) album, although it’s quite a major shift from what I’m used to, content-wise and technique-wise. Haco used to be great at song construction, with ingenious and surprising arrangements, but she seems to have forsaken that craft now in favour of wispy, ambient, mood-music. Most of these tracks aren’t much more than a delicate instrumental backdrop, comprising washed-out synths, barely audible percussion, airy drones…very little substance to get your teeth into. But then her beautiful voice comes in, and all is forgiven. They’re still not really songs, though. More like recits, fragments of verse, more whispered than spoken, as if she’s afraid to stain the watercolour washes of the underpainting with anything so vulgar as a straight line or a brush mark.

Yet if you listen intently enough, the skeleton of a tune can be found here, with gently repeated elements and harmony vocals which appear with the gentleness of a flower opening its petals. There’s a disembodied quality we can’t quite pin down; where exactly is the sound coming from? It’s everywhere and nowhere. Somehow, it all works. While most of the music on this album is very close to what I often dismiss as “tasteful” ambient, Haco wins me over by dint of her charming personality – even when almost every trace of that personality has been masked behind layers of gauze and misted-over photography. We should also mention the strong presence of “water” on this album, and not just the sound effects and field recordings but the general watery vibe that emerges to the extent that David Toop has been prompted on this occasion to dub Haco a “water spirit”. Plus there’s the lyrical titles, such as ‘White Letter From Heaven’ and ‘Shooting Stars in your Eyes’. Somehow, this is the kind of delicate poetic form which only the Japanese can do without becoming sentimental or soppy. Yours truly, won over. From 26th July 2017.