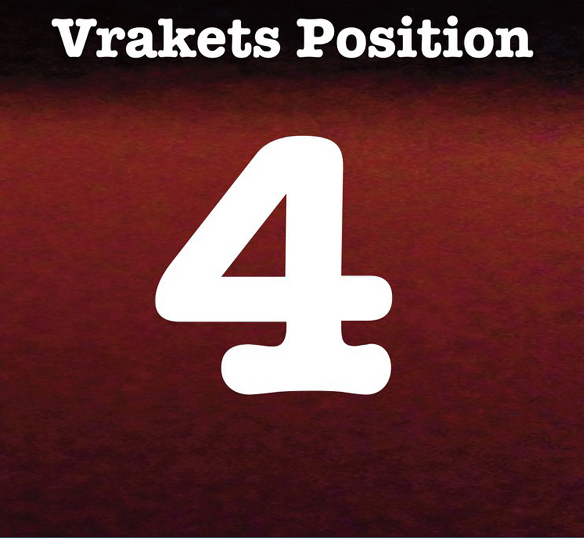 The self-titled debut, spdr and Funksionslust albums were all warmly clasped to the bosom of Sound Projectors past and now a further bulletin emerges from this ever-so-slightly mysterious Swedish duo. Their website‘s strapline proclaiming “background music from the abyss” might point towards a Gloomy Gus worldview, but they’re certainly less cryptic – symbols picked out on matt black livery – and far more redolent of post-punk cellar-dwellers like Flipper, Feedtime, Plague of Toads, The 39 Clocks and The Metal Boys. But here’s the cruncher, aside from plundering the written works of Nietzsche, Yeats, Blake and Hesse for lyrical ideas, which is pretty unusual…the one vital element that separates the recorded works of those ne’er-do-wells from Vraketmen Göran Green and Tommy Lindholm is that every vraket-klang and vraket-thrum is entirely improvised. A bravura leap into the unknown that those aforementioned outfits would’ve surely avoided by hastily producing a sick note or two written by their anxious parents or guardians.

Nevertheless, it might be a little easier to play without a safety net when both parties are familiar with each other’s peculiar little foibles, which in this case they are, having both played together in an unnamed punk band from ’78 to ’82, I’d guess that they also went unrecorded as well, as there’s no mention of them within the pages of The Encyclopaedia of Swedish Punk 1977-87 by Peter Jandreus, which comes as a pretty damn extensive sourcebook all things considered. That info drought continues with 4‘s small print showing only “various equipment” being used by this camera-shy twosome. A statement as splendidly enigmatic as Suicide’s ‘voice and instrument’ credit! Secrecy aside for a moment… what can be revealed is that wading knee-deep through hundreds of cassettes of V.P.’s live workouts has, as ever, come up aces. Take a bow tape curator and ‘sparse editing guru’ Conny Malmquist. Your man-hours have not gone unrecognised.

With a clattering, wheezy drum box as our regular companion and guide, the more bite-sized incidents like “Put out my Eyes” and “Bengt Berg” which successfully superglues the head of Blurt’s Ted Milton onto the quivering body of Cab. Volt’s Richard Kirk tend to leave more of a ring around the bath than the Godzilla-sized “Reptile Brain Stomp”. Its forty-seven minutes of fuzz-pulse and sampled muezzin wail casting menacing shadows over the city’s skyline. Anyone in the immediate firing line of this massive massivity will clearly have to plan their day around it. Bring a packed lunch.

Non-conformists amongst us can sleep safely knowing that these two sixty plus year-olds (one a psychotherapist, the other a gallery owner) are still’whipping it out’ under a laudable ‘play loud or not at all’ banner, and testifying to anyone who’ll listen, to the life-affirming properties of improv, in all its guises.