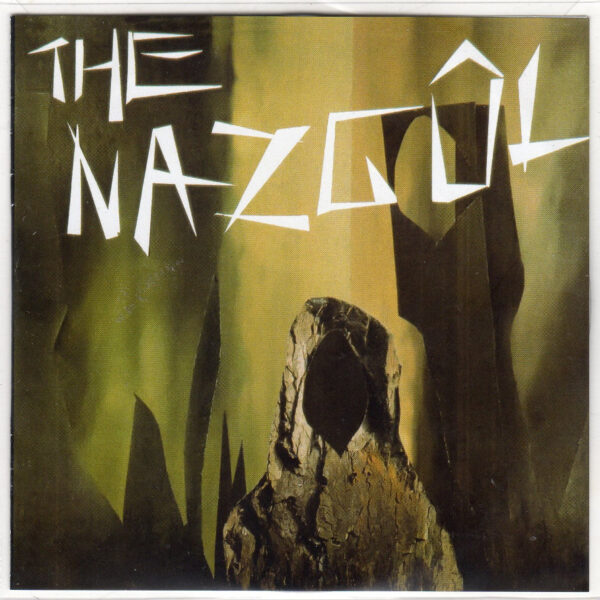 Brief mention for The Nazgûl, the latest in the series of Pyramid label reissues from the Mental Experience label. We heard and noted this record when first reissued by Psi-Fi in 1997, and in addition we’ve recounted the Toby Robinson story numerous times in the pages of this site. The Nazgûl (MENTAL EXPERIENCE MENT016CD) is the least characteristic of any of the Pyramid records, in that it’s mostly dark atmospherics and troubling sound effects, produced by keyboards, percussion, electronics and treated instruments; indeed it’s fair to say it’s uncharacteristic of most so-called “kosmische” music of the 1970s. It refuses, for instance, the noodling stretched-out tendencies of Ash Ra Tempel in favour of formless, alienated performances that stop and start with no apparent logic; and instead of the freedom of the galaxies promised us by Tangerine Dream, we are trapped in an underground cavern by the airless, grim music of The Nazgûl. Given the heavy use of treated instruments (bass guitar and trumpet are present, but wholly unrecognisable), one might find more apt comparisons with the work of P16.D4. The sinister mood they create is not unlike Nurse With Wound records, although The Nazgûl exhibit no interest in warpoid pseudo-surrealist visions; the record is more clear-sighted, a steady gaze into the heart of something rather unpleasant, occluded, unknowable.

I seem to be casting them as realists, not dreamers; and I say this in spite of the obvious fantastic-literature layer that surrounds the record like so much miasma. The players are given aliases taken from three characters of Tolkien (Frodo, Gandalf and Pippin), and The Nazgûl refers to the dark riders or ringwraiths of Middle Earth. I am one of the unfortunates who never finished Lord Of The Rings and doesn’t much care for it, so this aspect of the record doesn’t connect with me at all. However, I dimly understood that Frodo and Pippin were the good guys, the gentle Hobbits who were tasked with facing up to the powerful evil forces represented by these nasty Nazgûl types; perhaps the studio musicians took these names on purpose, portraying themselves as the humble underdogs going up against the evil forces of the vast and rapacious music business world.

I’ve always liked the cover art to this one too. Not because it’s especially scary, but I like the way it creates its effects with simple cardboard cut-outs and high-contrast shadows, almost like a toy theatre. The faceless figure in the centre is all the more unsettling for its rather hollow appearance; you sense that if you looked under the cowl, you’d find nothing beneath. From 25th January 2018.