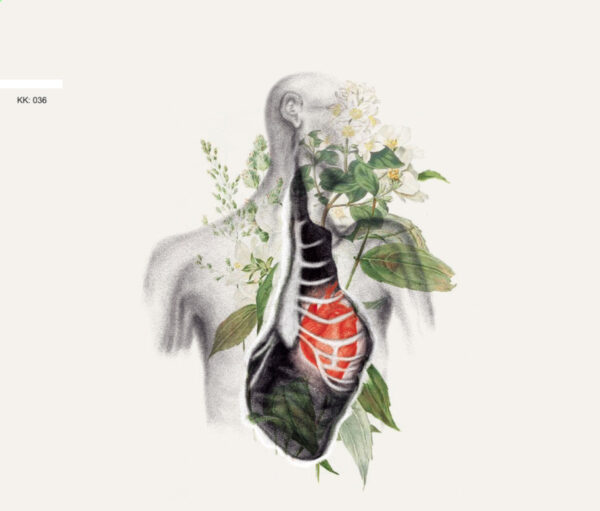 Great to hear from Andrey Kiritchenko again, this Ukranian maestro who founded the label Nexsound in his home country and has made numerous fine solo releases alongside team-ups with The Moglass, Kotra, Kim Cascone, and others. On Overt (SPEKK KK 036), presumably playing all instruments himself (perhaps all done by keyboards) he ends up sounding like an entire chamber ensemble, and turns in eight pieces of immaculately rendered instrumental music, often with a touch of the Steve Reich and Philip Glass wedded to strong melodies and wistful moods. And unlike those composers, he isn’t tied down or restricted by systems. The attractive production gives Overt a brightness and lightness of touch, each flawless arrangement emerging polished and fresh as a newborn insect emerging from a carapace. He is not afraid to be compared to soundtrack music or even New Age genres as he boldly explores these contemporary classical moves.

By his own account, he wanted to invest Overt with a lot of emotional content, deliberately swimming against the modern trends towards minimalism and abstraction, where human feelings are downplayed in favour of surrendering to these powerful post-modern forces of chaos and irony. He calls the album “my own harmony of shivers” and, in describing his compositional method, claims that he has developed “a truthful language of perception”. At the same time, he almost jokingly admits to the “synthetic origin of all things” as he expertly creates these replicas of real instruments in his digital studio. Humour, emotion, ideas, integrity, honesty, and strong melodies; what’s not to like? The cover images by Anastasiya Tretyak are an index to the power of this honesty; the figure has literally opened his heart to us, while the abundant growth of plant life and green forms are testament to the success and productivity of the music. Excellent. From 2nd February 2018.