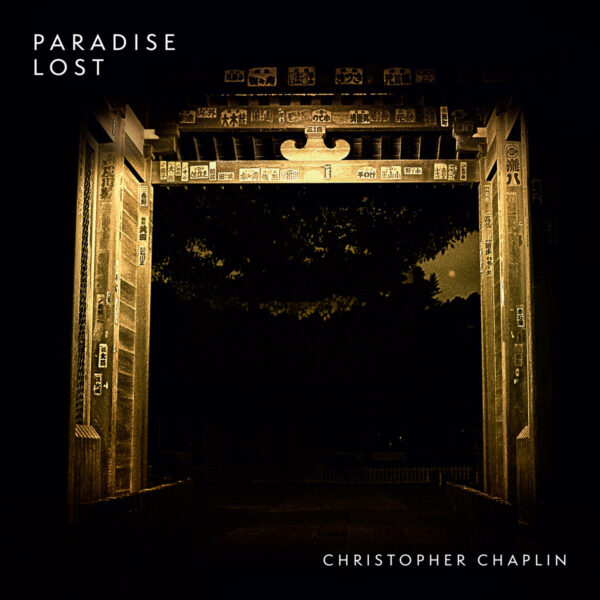 British composer Christopher Chaplin aspires to the epic in beard and bard both. His most recent work, Paradise Lost, alights upon John Milton’s epic poem of the same name, which famously follows the fate of rebellious angels following their fall from paradise into chaos. But literal interpretation ends with the title: rather than setting known words to ‘music inspired by…’, Chaplin conjures up a more conceptual conflict between the forces of light and darkness, and/or whatever other dichotomies define our daily struggle. The work is divided into three dense, fog-shrouded, fragmented and turmoiled vistas within which arise and pass soft, orchestral and operatic motifs swimming through the electronic goo like dim ghosts of a golden age. I’ve long suspected that one condition of living in Hell would be a lack of awareness that one is actually in hell (Buddhism’s way ahead of the game on this one), and this is the feeling that I get while listening: nothing’s quite right, but it’s not clear why.

Perhaps the opposing forces are too indistinct to establish a calamitous tension, or maybe tension is not the point at all. After all, there is a dialectic in the androgynous vocals: parts 1 and 3 feature ornate and distinctly feminine utterances by tenor Nathan Vale, who was apparently Chaplin’s top pick for the depiction of a free-floating passion with no apparent object of desire, whereas, part 2 aka ‘Dave the Shoe’, drags heels into view with Leslie Winer’s distinctly robot-Burroughs drawl in tow: one long industrial sigh of annoyance at being incarnate. She turned in this stream-of-consciousness diatribe unprompted, and it stands defiantly against semantic order, full of nihilistic, self-contradicting exhortations to ‘pay no attention’ while machines run amok and sweeping strings are swamped by errant synth tones and squelchy mechanical waste, conveying the sense that Hell is not the place of flames and pitchforks, but a site of eternal, grey regret.