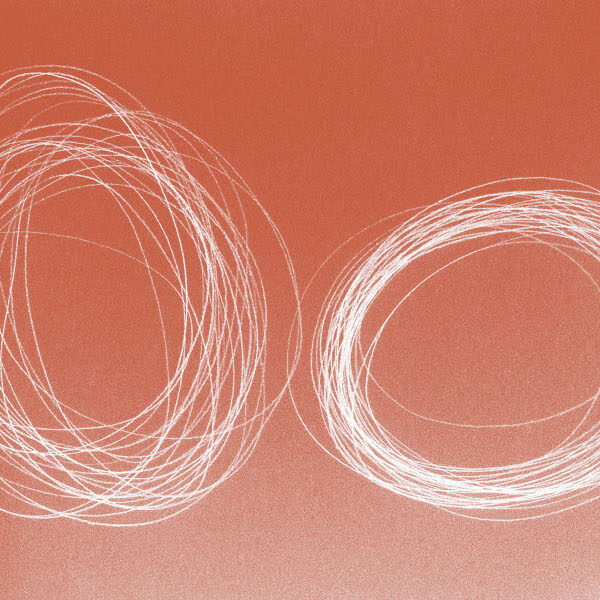 I had not heard of Vanessa Tomlinson until TSP editor Ed Pinsent passed this recording across to me. Funny how a musician investigating improv with percussion can be living in the same country as I do and pass under my radar for over 20 years! Tomlinson is one half of experimental music group Clocked Out where she performs with various percussion instruments and also works as a solo artist, though her solo output is much less than her collaborations with others. Recently she began a collaboration TOMLIN | FERGUS with Dr John Ferguson, an academic at the Queensland Conservatorium of Music where Tomlinson also teaches.

On “The Space Inside”, Tomlinson explores the sonic range potentials of two instruments separately: the bass drum and the tam-tam (a type of gong). “Waiting for the Passing of Solo Bass Drum” starts with the steady rolling of soft thunder as if of cylinders rolling over an uneven iron surface. As the track progresses, the vibrating drone seems to increase in intensity slightly and become more purposeful as its rhythm becomes more regular and repeating. The raw power becomes more evident with Tomlinson seemingly playing the role of a medium in contact with spirits from a purely sound-based dimension and communicating their message to us through her hypnotic drumming: it’s up to us how to interpret their language to find what that message is.

“The Space Inside for Solo Tam Tam” begins just as quietly and minimally but yields a gorgeous shimmering drone vibration that positively holds you spellbound. It is an intense and very eerie sound, bringing forth an insistent overtone as well and creating a slight effect parallel to throat-singing in parts. Most listeners will prefer this track for its dark and slightly spine-tingling mesmerism as the drone sails up and down the scale to form a snaking roller-coaster of chilling vibration. As with the earlier track, this one also seems to escalate in power, and the mood correspondingly becomes slightly more sinister.

Both tracks have a meditative aspect to them and are certain to transport the listener to a realm where time and space as we know it no longer exists, and tranquillity and a sense of being at ease are present instead. Even that second track, for all its dark-shadow edginess, has a sense of stability and calm flow. I’m afraid those who want some percussive pyrotechnics will need to go elsewhere but you’ll miss out on Tomlinson’s steady but sure control of the power of her instruments.