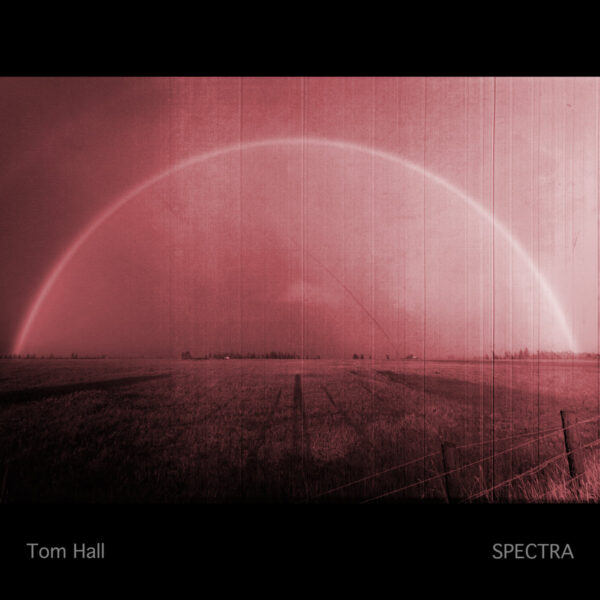 Quite good modern electronic / computer composition music from Tom Hall on his Spectra (ELLI RECORDS EL-06) album. Hall is an Australian artist though currently based in Los Angeles, and while we can find records he’s released dating back to 2004, it’s probably more apt to characterise him as a multi-media fellow, often using projections and/or installations to convey his view of the world; his career is studded with various audio-visual installation works he’s produced. On Spectra, the theme is fairly simple – he wishes to communicate the idea of space, and movement through it. To put it more plainly, the press pack states “Spectra is a journey”. The music thus contains lots of interesting rhythms and counter-rhythms, without once lapsing into banal techno styled auto-beats, and it’s also fairly busy and complex with lots of notes, chords, drones, sounds and cross-changes packed into every generous moment of programmed delight. There’s almost no effect he won’t lean on to get that sense of forward motion into our brains, and Spectra emerges as a series of enjoyable rides across bumpy terrain or carried by a super-sized locomotive.

I seem to be describing a Kraftwerk gig with its movie projections of digitised trains and autobahns, but Hall isn’t quite as rigidly perfectionist in his music – a certain amount of freestyling is allowed in the performances and the assembly, and the “rough edges” to the sounds give a fellow something we can sink our virtual molars into. Earlier listens had even made me think of Steve Reich for some reason, but I can’t hear any of that “serial” grid-form on today’s spin. On the other hand, I’m not inclined to award the “modern composer” credentials to Hall or his music, as there’s something slightly too populist about this record for me, as if its maker were too eager to please an audience. The “music as a journey” idea is not particularly novel, and very easy to swallow. From May 2018.