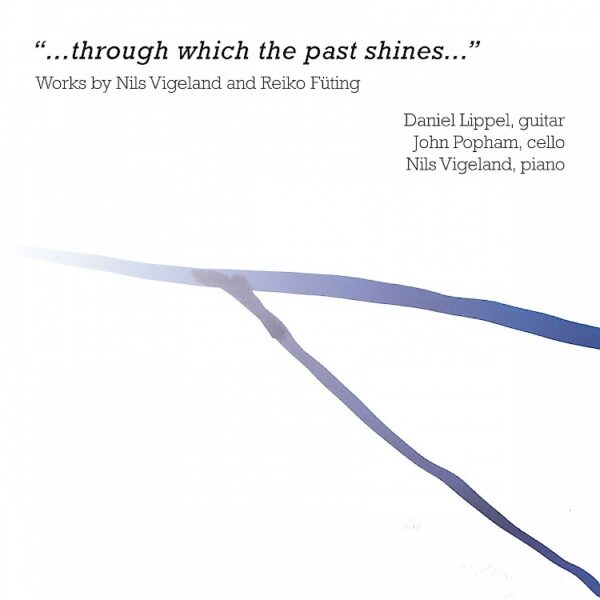 Through Which The Past Shines (NEW FOCUS RECORDINGS FCR204P) is contemporary classical music from New York, composed by Nils Vigeland with Reiko Futing. The trio performing these sedate chamber works are Daniel Lippel (who sent this) on guitar, with John Popham on cello and Nils himself on the piano. This release pretty much has its roots in the Manhattan School of Music, where all those involved met up in the composition department; as a result there’s a tad too much cosying-up, mutual back-rubbing and uncritical acceptance of everyone’s genius going on in the notes, but the work itself is well-crafted and intricate, snaking around with unexpected intervals and melodic inventions. The guitar is showcased for the most part, and Futing’s works in particular stretch Lippel’s fingering skills to new limits of technique. As to the compositional strengths, I’m not enough of a musicologist to judge the worth of these, but the liner notes indicate there’s a degree of “playfulness” built into some of the work, and there are influences drawn on everything from the music of the Renaissance to The Beatles. I see Alex Mincek was a student of Nils; Mincek has gone on to compose for the Wet Ink Ensemble, but with this release we’re quite some distance from the wild, energised works I associate with Wet Ink. (22/05/2018) 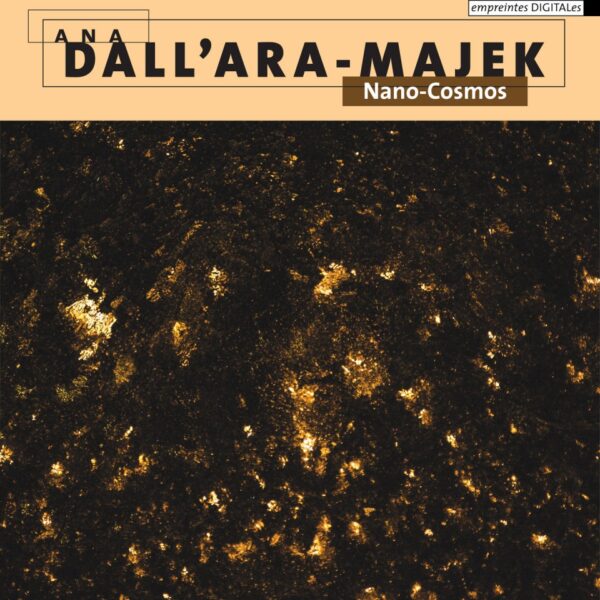 From the Canadian label Empreintes DIGITALes comes another prize-winning Montreal composer with a selection of their recent electro-acoustic work. On Nano-Cosmos (IMED 18148) Ana Dall’ara Majek presents five pieces all themed on the life of microbes, mites, tiny arthropods, bacteria, and crickets. As far as I can make out, there are no actual field recordings or real-life data feeding into the work, and all the works are attempts to reflect the actuality of these microscopic worlds simply using imagination and observation. I certainly like the idea that she might have given a “voice” to the mites on ‘Diaphanous Acarina’, and a platform to the bacterial underdogs on ‘Bacillus Chorus’; even tiny parasites are given their day in the sun on ‘Pixel Springtime Promenade’, making use of “granular synthesis, glitch, and micro-montage”. Not unpleasant. (29/05/2018) Musæum Clausum is a European trio comprising French trumpeter Louis Laurain from ONCEIM and the umlaut Big Band, supported by German drummer Hannes Lingens and bassist Sebastien Beliah. Their record EN (UMLAUT RECORDS UMFR-CD23), recorded in 2016 in East Germany, reads like an attempt to “deconstruct” modern jazz, strip it down to a few signifiers, and perform it in a slow and lugubrious fashion. This may appear like a joyless exercise on paper, but when heard the slow drawl and mysterious atmospheres of these diagrammatic shapes has a coldly mesmerising effect. It works best for me when they studiously avoid playing anything that resembles actual jazz, but sometimes the illusion is shattered when Laurain occasionally lapses into corny bluesy phrasing on the first (long) 22-minute cut. The second track, a 20-minute workout, fares better somehow, the bass and drums leading the way forward with an all-acoustic pulsation that might as well be informed by Cologne glitch rather than any given ESP-Disk recording. It’s also more blanked-out, less conspicuously like “jazz”, which I assume is what they’re reaching for. The stated aim of these three is simply “constant flow”…they just have to keep making sounds, adding “small variations of speed and intensity”. The idea is to keep it shapeless, avoid conventional beginnings and endings. In its low-key way, this could be quite a subversive statement. The tune titles, too long to quote here, are witty and surreal; likewise the cover collages by Michal Fuchs. (05/06/2018).